Hit Up Place-Des-Arts For A Free, Trippy Evening 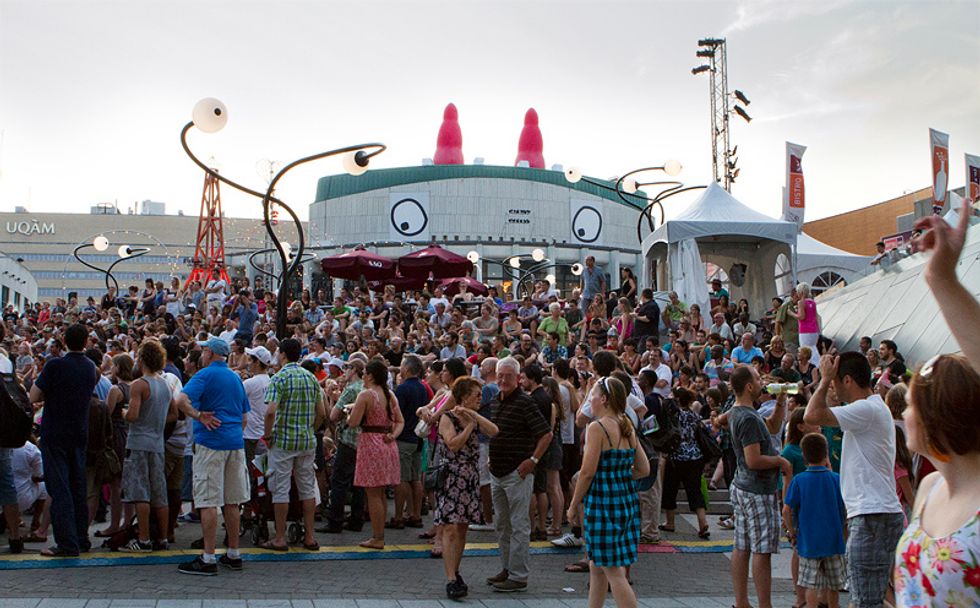 Montreal's Just For Laughs Festival brings in more than just comedians. For those who don't wanna dish out the cash for comedy shows, or who just don't have an interest in comedy, the festival also brings a slew of free entertainment to Place-des-Arts!

You can see acrobats performing in downtown Montreal, alongside masked men on stilts. A woman in an elaborately contrived demon costume stands tall amongst smaller folk dressed as creepy babies. It's like being in a Cirque Du Soleil performance, pretty trippy.

Several outdoor stages can be found in the Place-des-Arts courtyard where both funny and bizarre performances are free to watch. And if you get hungry, almost every food truck on the island it seems has made its way to the festival. Beer, soft drinks and ice cream are also available on-site.

So whether you're looking for a night out on a budget, or you're just killing time, make your way to Place-des-Arts for a good time! The outdoor festivities are here until July 28th, so get on it!