Hold On To Your Butts Montreal, Winter 2018 Will Be Longest And Coldest In Years

Savour the warm weather while it's still here. 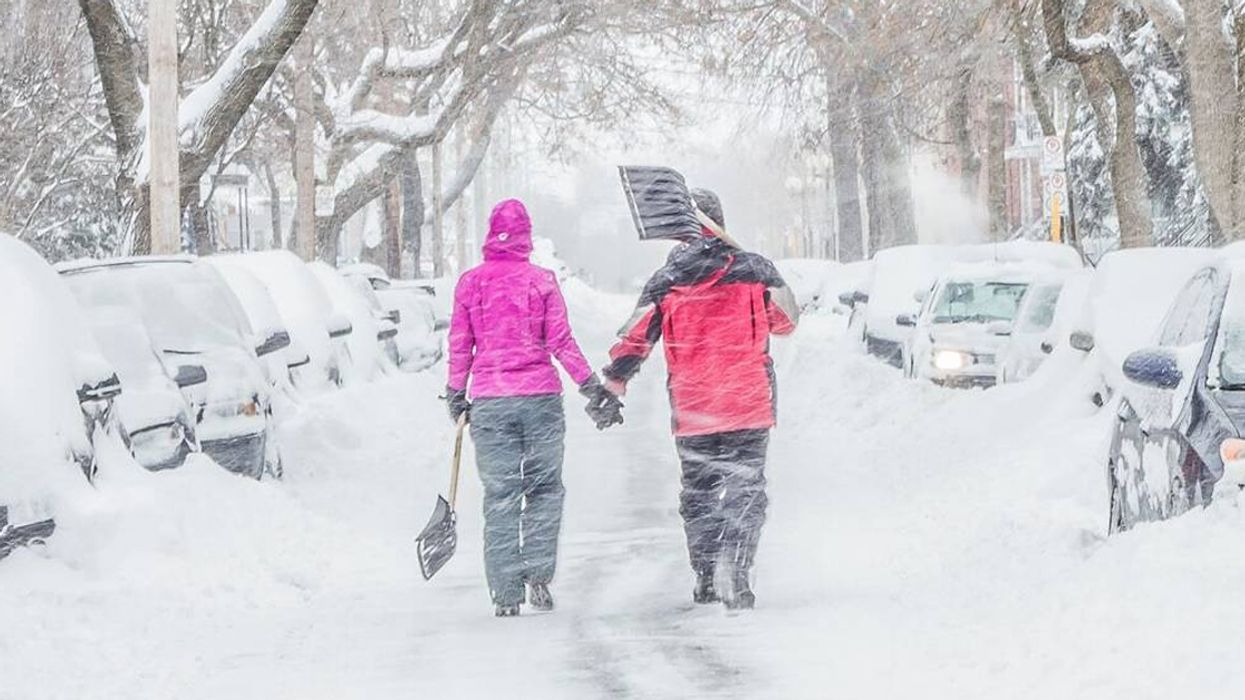 I know it's a little early to start talking about winter, but it's never too early to prepare yourself mentally. And this news comes straight from the Old Farmer's Almanac.

These guys make long term weather predictions and somehow they are always right. In fact they claim to have an 80% success rate.

Their predictions are based on some ancient secret formula created by wizards or something. I'm not too sure, anyways, this time they come bearing bad news.

Apparently winter has been taking it easy on us for the last couple of years, and now it's coming back with vengeance.

"Winter will be snowier than normal, with above-normal precipitation"

Other than January and March, temperatures are supposed to below average, so it's also going to be colder.

Then after that they say:

"April and May will be rainier and slightly cooler than normal."

So basically we're lots of snow, lots of cold, and an extra long winter. Then we'll be wrapping it up with a shit ton of rain. Just perfect...

At the very least, maybe we'll get a decent ski season this year.

While it's admittedly difficult to predict weather patterns a whole month in advance, it's always good to look ahead and mentally prepare yourself for our city's all-over-the-place weather. And Montreal's May 2021 weather forecast outlook is looking a little rainy.

Here's how the May weather forecast in Montreal is shaping up, according to the experts.

A committee called Quebec 2030 — which has more than 400 companies and 250 people supporting it — is pushing the government to submit a bid to host the 2030 Winter Olympics in Quebec City.

In a new 24-page document, the committee presents its arguments for why Quebec City is best suited to host the 2030 Winter Olympic Games — most notably, the lack of natural snow in South Korea at the 2018 Winter Games in Pyeongchang.

Why The F*** Is It Snowing In Montreal Today? We Asked Experts

Is this normal after 20-degree days? Is it global warming? Could it snow in May?
Marc Bruxelle | Dreamstime

Just as Montrealers were getting used to summer-like weather, the province was hit with the s-word — that's right: it's been snowing across Quebec all day.

It's not like it's never snowed here in April before. But after a number of 20-degree days (or warmer), we're simply not having it. As we looked up at the sky and cursed the heavens, asking, "Why the f*** is this happening?" we decided it would be more productive to ask actual experts the same question.

While we've been enjoying unseasonably glorious weather in Montreal, true Montrealers have been holding their breath, knowing from experience that good weather can change on a dime — especially in April.

As much as we were hoping winter was completely behind us, there is a chance that it could snow a little in Montreal next week. Ugh.