If The First Picture Doesn’t Give You A Geekgasm, The Next 13 Will 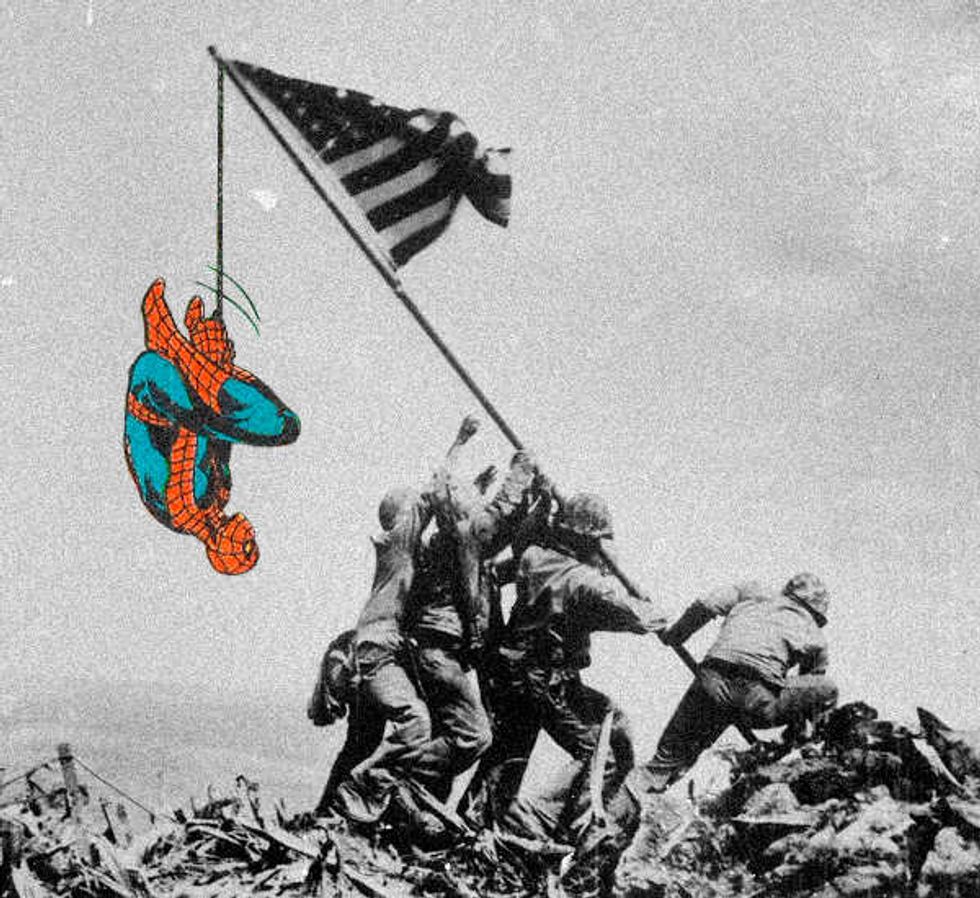 World War II was kind of a shitty time in human history, but there's an age old saying that I just made up which goes "Anything looks better when mashed up with Marvel Comics."

Well an artist going by the online alias "Butcher Billy" mashed up some pretty famous photos from the most famous war in history with a few of the most identifiable comic book super heroes of old.

What do Spider-Man, the Hulk and Hitler have in common? Absolutely nothing, but damn these pictures look epic.

So is this awesome art or an inappropriate mashup? Let us know in the comment below.

Check out more of his awesome productions on his Facebook page!