They'd be breaking a 26-year-old record. 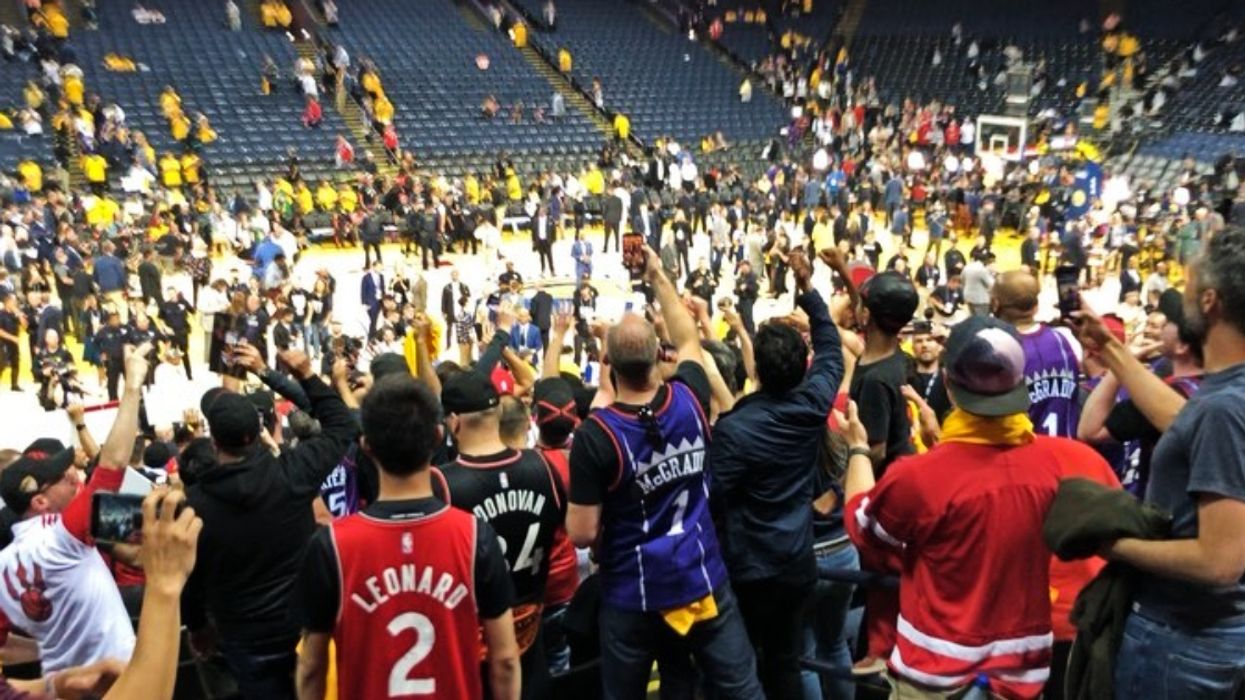 Another day, another Raptors game... except that tonight's game isn't just another game. Tonight the Toronto Raptors and the Golden State Warriors face off in game 5 of the NBA finals.

The game kicks off at 9PM tonight in Toronto for what is poised to be a historic 26-year record-breaking game.

So to say that Canadians are excited is... more than a little understatement.

Tonight is game 5 of the NBA finals and the Raptors are sitting pretty with 3 wins in the series. Taking a 4th win would mean the Warriors wouldn't be able to grab enough wins in this 7-game series no matter how they tried.

Sure, the Warriors could win, bringing the series to 3-2 and forcing game 6... but what Canada, and even the majority of the States, wants is for the Raptors to come out victorious at the end of this game.

Not only would it be a ridiculously insane celebration because the Raptors have captured the imagination of the country this year, but they would also be breaking a 26-year-old record.

Not a single Canadian team has won a Championship title since 1993... and the Raps could change that all tonight.

READ ALSO: The Golden State Warriors Are Reporting That Even Canadian Hecklers Are "So Nice" And "Very Polite"

In 1993, both the Toronto Blue Jays and the Montreal Canadiens went home with a championship title.

The Jays took their second consecutive World Series win and the Habs took home their last of 24 Stanley Cup wins.

So to consider that not a single Canadian team has managed to take home a title, not in baseball, hockey or basketball, in 26 years. And now the seemingly most unlikely team has come from the bottom to here... no wonder we're all excited.

I'm even excited and I'm a pretty hockey-or-nothing kinda gal. But to know that the Raps are about to break what could be considered a terrible 26-year curse has me excited.

There's no question they deserve it and I just can't help but get excited imagining downtown Toronto afterwards. The pandemonium!

Plus, if there is a curse, maybe this will help the Habs make it all the way next year. We can dream, right?

To read CBC's retrospective on the Jay's historic win in 1992, head to the article here.