Is The Quebec Charter Of Values Just Like Bill 101?

No, but the PQ wants to make you think so.
Michael D'Alimonte 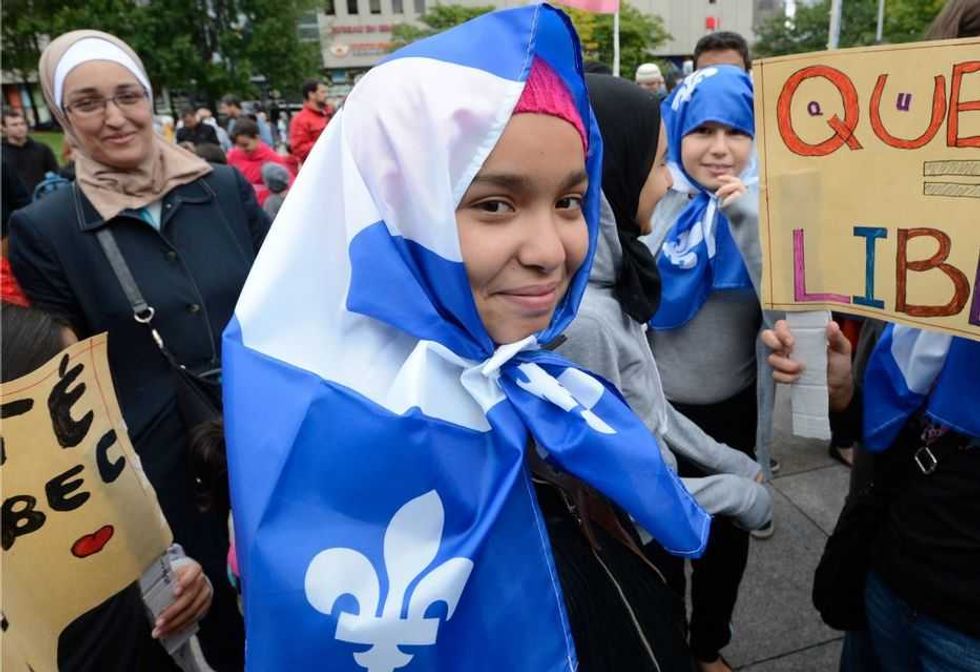 In an effort to gain support for the controversial, and oftentimes deemed intolerant, Charter of Values, Parti Québécois has started an online campaign in order to liken the ban of overt religious symbols to the language laws originally proposed in Bill 101 over thirty years ago. To make this unlikely connection, the PQ has created an online quiz where headlines from newspapers from both 1977 and 2013 are presented to quiz-takers, and one must choose whether the caption describes Bill 101 or the Charter of Values. The quiz isn't very easy, but its pretty much rigged to be difficult.

You can check the PQ's quiz out for yourself here, but no matter what you score the result will be the same. An in-your-face 'Not so easy, is it?' (in French, of course) pops up after 13 questions, and admittedly the quiz isn't. Incredibly vague headlines are shown, with little to no context given, so its pretty much a 50/50 shot whether you're going to choose the correct date. A clever ploy, equating the Charter of Values with language laws which have gained fervent support, only whats at stake is very different.

The PQ views the Charter of Values as a modern day Bill 101, a divisive movement, that despite initial resistance, will gain widespread acceptance. A huge difference, one that a persuasive quiz cannot hide, is that Bill 101 sought to protect a culture, whereas the Charter of Values actively suppresses many. Sure, both have links to commerce and social interaction, but that;s pretty much where the similarities end. Other than getting headlines, Bill 101 and the Charter of Values promote two very different agendas.

Were you convinced by the PQ's quiz and Bill 101 comparison? Think the quiz was biased and self-serving? Let us know in the comments below.