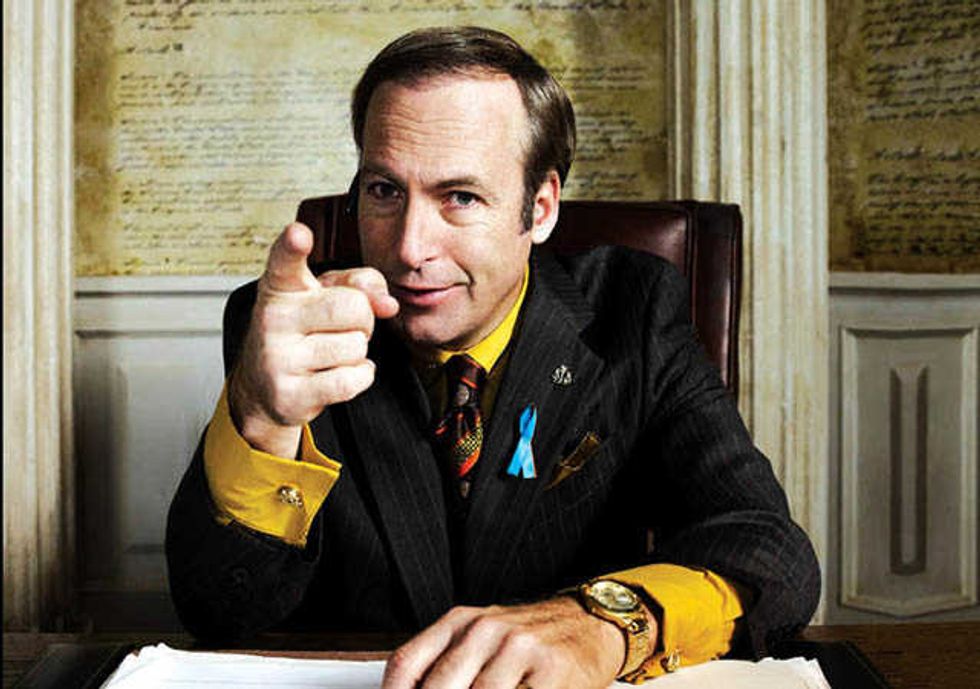 Breaking Bad is coming to an end in just a few short weeks and rather than mourn, prepare to rejoice! That's right ladies and gents, everyone's favourite criminal lawyer is getting a spinoff!

Vince Gillian, the creator and part-time writer/director of Breaking Bad,  signed off on an agreement with AMC. "Better Call Saul" will be about Saul's career as a lawyer pre-Heisenberg.

“I would love to see a Saul Goodman spinoff,” said Breaking Bad creator Vince Gillian in a July 2012 interview. “I like the idea of a lawyer show in which the main lawyer will do anything it takes to stay out of a court of law. He’ll settle on the courthouse steps, whatever it takes to stay out of the courtroom. That would be fun — I would like that.”

You excited Montreal? Can this replace the emptiness you'll feel once the masterpiece that is Breaking Bad ends on September 29th? Or do you think "Better Call Saul" suffer the same fate  JOEY did after Friends? Let us know!