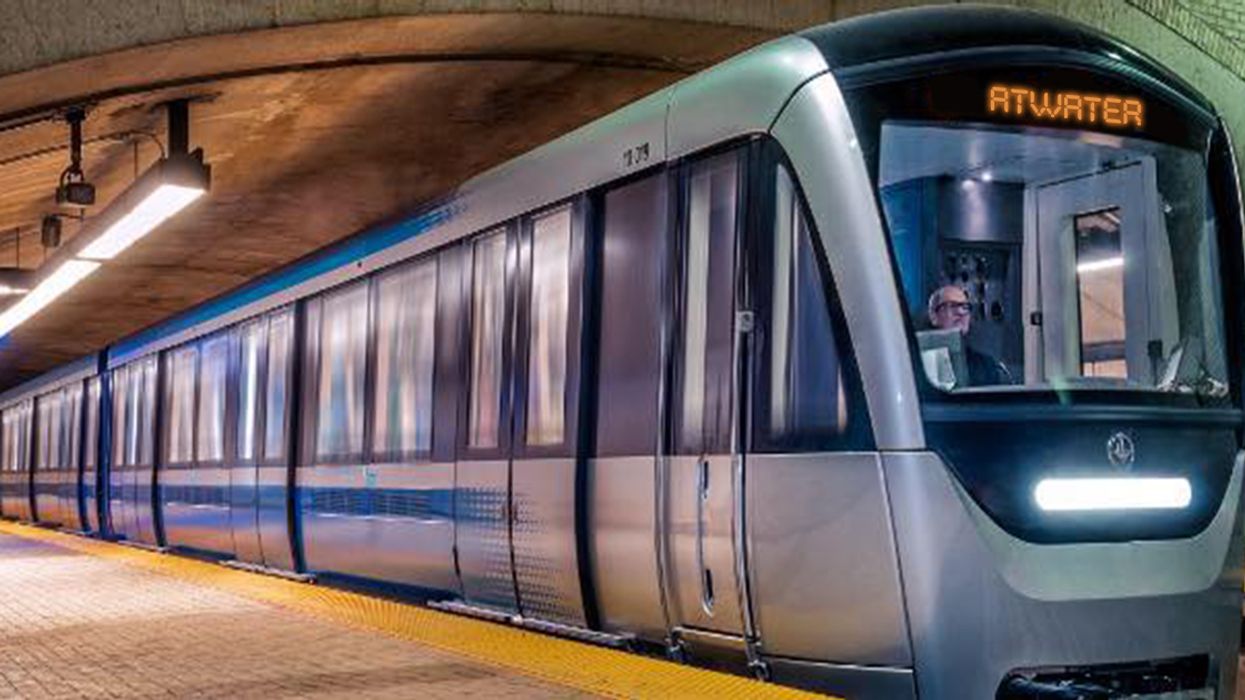 This weekend we spotted a photo on Facebook that looked unusual. No, it wasn't the new USB plugs on the buses or the new live-time display screens.

An AZUR metro train on the green line.

Yes, for too long riders of the green line have been depraved of the joy of riding in the new fancy metro trains, but now it looks like they are one step closer because testing is officially underway.

The STM is currently running test with the AZUR trains to make sure they are running properly and if all goes well, you could be riding AZUR trains on the green line by the end of the summer.

75% of the affected students live in the same residence.
TravelingOtter | Flickr

Forty-four students living in McGill University residences have reportedly tested positive for COVID-19, according to a statement issued on behalf of Fabrice Labeau, deputy provost of student life and learning, on January 25.

Thirty-three of the 44 students — or 75% — live in the Royal Victoria College or RVC Residences.

The All-New Hyundai Elantra Is Here & It's Completely Redesigned

Whether we need to hop in our cars and get some groceries done, take a little drive to clear our heads, or get creative and organize a drive-by event for loved ones, it goes without saying that we've all found new ways to appreciate our vehicles in 2020.

No matter what you may have used your car for this year, or what you will use it for in 2021, one thing's for sure : you want a safe and reliable vehicle that also looks good. A car that checks all of those boxes and many more? The all-new Hyundai Elantra.

Public health data shows that some boroughs in Montreal are more affected by coronavirus than others — areas like this are also called COVID-19 hotspots.

But why is this happening?

The health director said they aren't participating in testing as much as they should.
Marc Bruxelle | Dreamstime

Montreal public health director, Dr. Mylène Drouin, urged young people to stop gathering with friends and residents of other households in a press conference on September 29. Drouin said that COVID-19 cases in young Montrealers are most closely related to sports and social gatherings at home and in public spaces like parks.

"Currently, fifty percent of transmission [happens through] contact with someone who lives at home or with friends," she said.