It's Official, Unpredictable Winter Weather Is Coming To Quebec Next Month

The forecast for the months ahead isn't pretty. 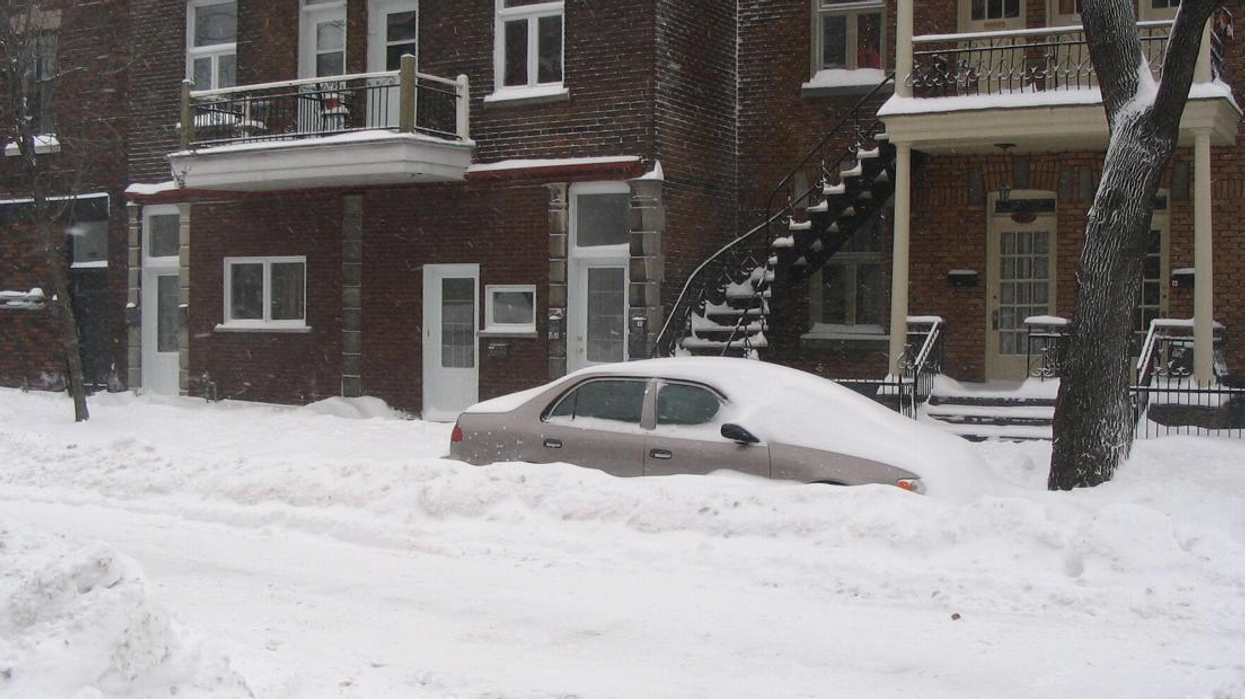 Quebec was hit with pretty horrible storm conditions over the weekend. Even Montreal was greeted with freezing cold temperatures and snow overnight.

READ ALSO: Construction Signs Blocked This Montreal Street For Weeks Even Though There Was Never Any Work Done

TL;DR The forecast for the upcoming months consists of dry, mild weather for a few days at a time earlier in November, with sudden bursts of freezing cold winter temperatures taking over later in the month. More details below.

If you were brave enough to venture outside during the evening hours on both Saturday and Sunday, you learned the hard way that the weather was seriously teeth-chattering cold.

Although rain is expected to dominate Montreal over the next few days, it won't last for long. Unfortunately, this is only the beginning of a very long and treacherous winter ahead.

According to the Weather Network, we'll be blessed with a fairly decent Halloween and some mild conditions. It's predicted that not even rain will intrude on the night of trick or treating, so you may want to get outside while you still can.

Things take a sudden turn for the worse, though, as a period of colder weather is expected to return to southern Quebec between November 4th and 8th. This may be a good time to finally put on those winter tires and take your winter coats out of storage.

Luckily, we might actually have a break mid-November. More mild temperatures will take over most of the province, but not for long. Later in the month cold conditions will return, this time here to stay.

So, expect snow, ice, freezing rain and sleet across the province. At least now you're able to prepare for the long, dreadful winter to come.