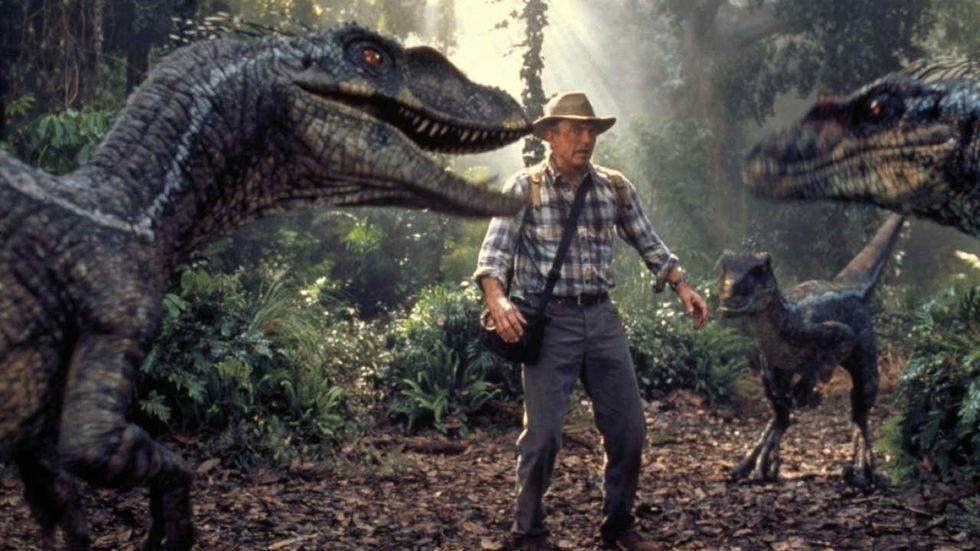 Get your dinosaur caps on ladies and gentlemen. There is officially a Jurassic Park sequel heading our way! The fourth film in the series will be titled Jurassic World. "WHAT COULD THAT POSSIBLY MEAN!?" you ask. Well no plot points have been announced just yet, but it's a safe bet that Dinos are putting up a fight to take back the earth.

Indie filmmaker Colin Trevorrow will direct the film and Steven Spielberg will serve as producer. You can get in on all the Dino goodness, which will definitely warrant a 3-D viewing, on June 12, 2015.