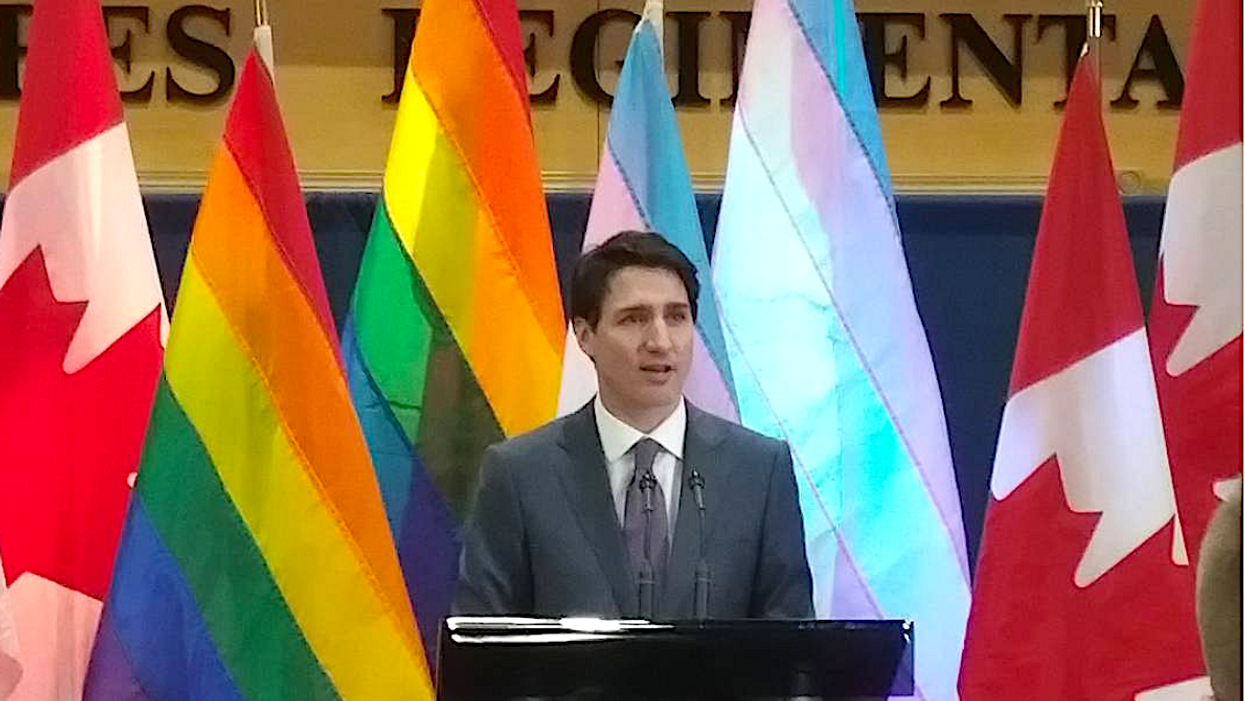 Yesterday, Prime Minister Justin Trudeau issued a formal apology to all Canadians on the queer spectrum who were persecuted by the Canadian government based on their sexuality.

The apology was necessary, as the lives of hundreds of LGBTQ2+ Canadians were upended from the 1950s to 1990s during the “gay purge,” where employees of federal agencies and police services were fired because they were suspected to be homosexual.

But an apology doesn’t mean much without action and the Canadian government continues to discriminate against queer Canadians by upholding one outdated and altogether homophobic policy: the ban on gay men donating blood.

For those unaware, back in the 1980s, during the height of the HIV/AIDS crisis, a large portion of tainted blood was used to treat thousands of Canadians.

The tainted blood led to 30,000 becoming infected with hepatitis C. Another 2,000 contracted HIV.

In response, the Canadian government issued a ban on gay men from donating blood. Actually, the ban doesn’t apply to “gay” men, but men who have sex with men

Remember, the gay male community was one of the first minorities linked to HIV/AIDS and the demographic is still seen as a “high-risk” group for infection.

The Canadian government actually enforced a lifetime ban on men who have sex with men from giving blood. Report to have sex with a male once,  and that’s it. Stay in a monotonous relationship for twenty years with the same guy, the ban still applies.

Back in 2013, the Canadian Blood Services lifted the lifetime ban.

But men who have sex with men still weren’t really allowed to give blood.

After 2013 a different sort of restriction was put in place: if you had sex with a man in the last five years, you couldn’t give blood.

Yes, a homosexual male would need to be celibate for half a decade before the Canadian government saw them as “clean” enough to donate blood.

Try to keep in mind that sophisticated blood screening tests exist that can detect the presence of harmful viruses in blood, so the restriction seems (and is) a little ridiculous.

When campaigning back in 2015, the Liberal Party, led by Justin Trudeau, promised it would “bring an end to the discriminatory ban that prevents men who have had sex with men from donating blood.”

That didn’t quite happen. Instead, last year, the Liberals reduced the number of years a gay man needs to remain celibate from five years to one year.

One could argue the Liberals made an improvement, but it’s a marginal improvement, at best. An entire year is an incredibly long time.

By not removing the blood-ban entirely, Justin Trudeau and the Liberal Party are propagating stigma against the gay male community. The policy against blood donations makes gay men seem tainted and demonizes same-sex encounters between two men.

So if Justin Trudeau wants to really do right by the queer community, it’s time to end the blood ban.

I’m not the only one who thinks so.

Guy Caron, Parliamentary Leader for the NDP, called out Justin Trudeau, calling his apology “hollow” if the government does nothing about the policy against gay men donating blood.

“Almost every health professional" agrees that there is no scientific basis for the ban,” said Caron, reports the Huffington Post.

Caron also pointed out that this outdated policy is not only discriminatory, but also limits the amount of blood and organ donations available to Canadians.

It isn’t as if Justin Trudeau’s apology means nothing and the Liberal government is doing nothing for the LGBTQ2+ community.

A class-action settlement for individuals affected by the gay purge and a a piece of legislation that will expunge the criminal records of anyone convicted for taking part in sex acts between same-sex partners before 1969 are steps in the right direction.

More still needs to be done, however, and the ban on gay men giving blood is the first place to start.