There was potentially a huge hint at the baby shower! 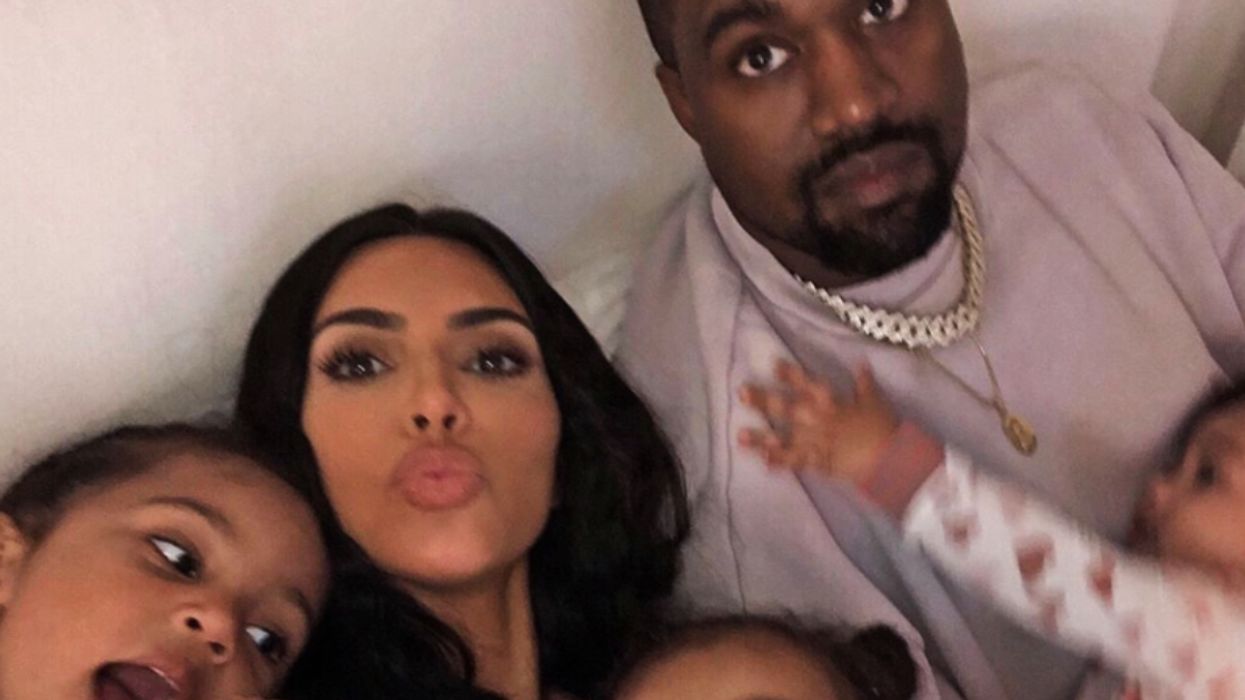 As most people already know by now, the surrogate for Kim Kardashian and Kanye West went into labour yesterday, causing the Internet to go into a stir wondering when the fourth Kardashian West child will arrive.

We already know that they're expecting a boy... but what else do we know about the super-secretive surrogate situation and what the baby's name will be?

Well, to be honest, not a lot. But here's all the information we could find about the Duke and Duchess of Calabasas now that they've welcomed their fourth child!!

The announcement that the surrogate had gone into labour happened while a huge clan of Kardashian-Jenners were on the Ellen show, and grandma Kris' reaction was priceless!

TMZ reported that Kim and Kanye were at the hospital on Thursday night to be by the surrogate's side and at around noon today Kim Kardashian tweeted herself that the baby had arrived.

Imagine being kim kardashians surrogate and shopping at walgreens and no one in Walgreens knows that Kim kardashian… https://t.co/JTXcSNxIHJ
— saint (@saint)1557463526.0

This time around they went with a different surrogate than the one who carried Chicago, because their original surrogate was pregnant with her own child at the time, so they were forced to look elsewhere while hoping to expand their family.

Apparently, they also used a "leftover embryo" to create this new baby boy, according to TMZ.

Kim Kardashian and Kanye West and Surrogate are about to drop yet another insanely rich person into the world. I… https://t.co/QgH4F1onSj
— monarch (@monarch)1557464561.0

The Kardashians are unlike any other family and part of the reason for that is because they do anything just a little bit over the top.

Even the baby shower was over the top, with a CBD theme to chill everyone out.

It didn't look like the surrogate was invited to the shower which is a weird flex, but okay.

And in the fourth video above, Kim zooms in on a wall with writing on it.

On the wall, there's writing that says "Robert HARUT (Armenian) means He Has Risen!"

Considering the names of their other children, Harut does not seem that weird, so perhaps this is how she will pay homage to her late father, Robert?

@KimKardashian @kanyewest I watched the episode in which you were told baby boy #2 would be reincarnated from your… https://t.co/xuMY59dIGh
— Kimberly Green (@Kimberly Green)1557328002.0

Or maybe she'll do a play on Robert, as other fans have speculated, and spell it backwards or something.

Like I said, nothing is off the table with Kardashian children names, so all bets are off, but my money is on something related to her dad, particularly now that's Kim is following in his footsteps.