It's Official, $111 million Will Be Paid To Quebec's Lac-Mégantic Families

A disappointing amount for such a massive human tragedy.
Laura Hanrahan 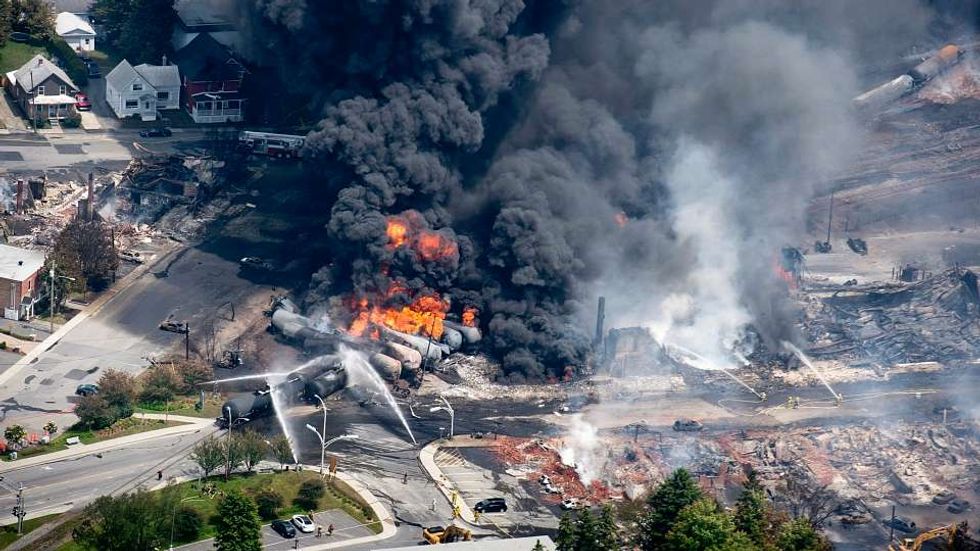 The 25 companies that are being held responsible for the 2013 Lac-Mégantic railway crash, which killed 47 people, have finally come to a settlement of $431.5 million dollars. The majority of that money, however, is not actually going to the families of the victims, or the victims themselves, but rather to creditors, lawyers and the government of Quebec.

The payout stipulates that roughly a quarter of the money, about $111 million, will be given to the families of the 47 victims. Nearly $200 million will be allotted to the government of Quebec and the town of Lac-Mégantic for cleanup and repair costs. And about $21 million is set aside for lawyers fees. All of the remaining money is reserved for other claims, like psychological and material damages from the train crash.

When you divide it up, that's only about $2 million per family of each of the 47 victims, which is still a significant amount of money, but personally, I would have thought that they'd get a larger portion of that pay out.

The terms of the payment state that all companies that have contributed are released from any legal liability for the crash in Canada and the US.