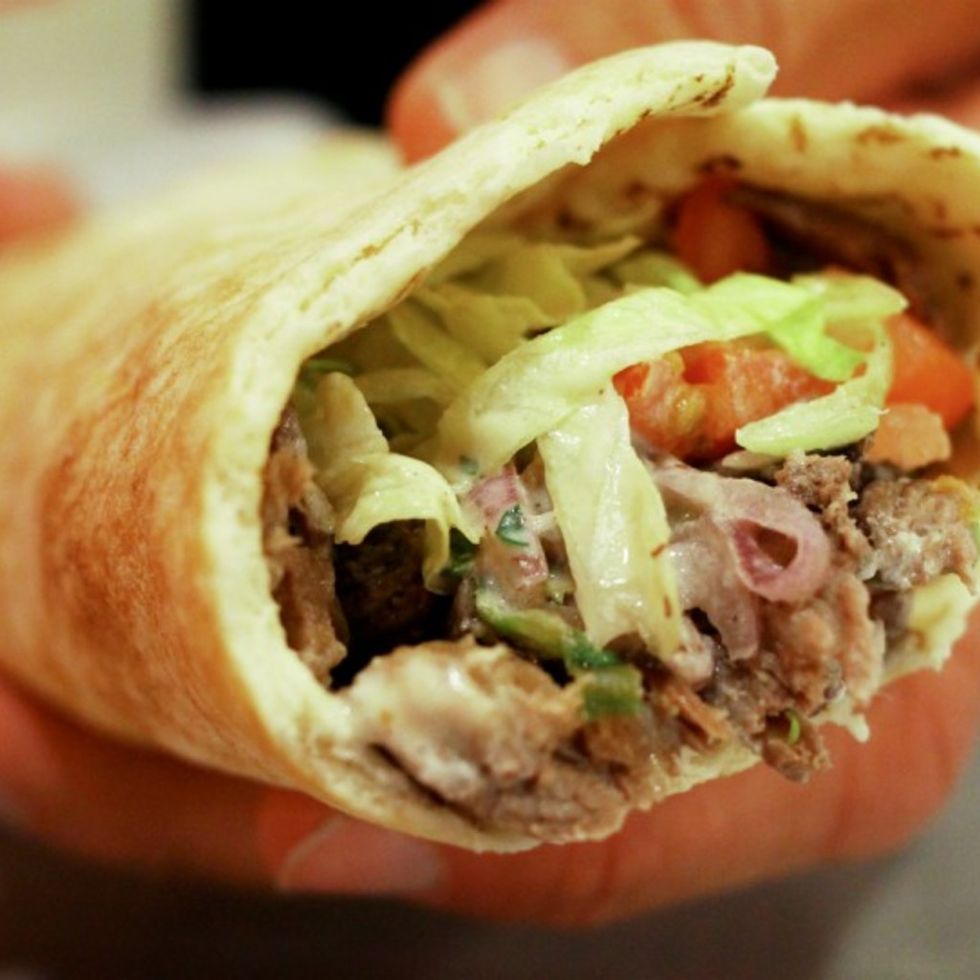 When its past midnight and you can't seem to get up off of your couch, the options to satiate your burning hunger can be kinda limited. Whether your still a wreck from the night before, you're too engrossed with season three of Game of Thrones, or just too couch locked to even contemplate getting up, the issue remains the same: where to get delicious eats late at night? Your prayers have been answered my hungry brethren. MTL Blog's 'Midnight Munchies' caters to the late night lazy eater who just wants a good meal with none of the hassle.

A staple in late night eating in Montreal is Boustan, the infamous Lebanese eatery. Few can say they have not been pulled into Boustan after passing by the shop on Maissoneuve and Crescent. The aromas of meats and fried veggies are too much for any slightly inebriated individual. To all those (like myself) who lack the initiative to actually move to attain some shawarma, never fear, Boustan delivers until 4am every night. You can even order it online if you're feeling that level of lazy. That's right. Go ahead and take a couple puffs (of a cigarette, of course) and sit back because this is one munch-out that literally comes to your front door.

To start off your late night gorge, why not begin with some of Boustan's appetizers? Hummus and babaghannouj are great dippers and will get your stomach prepped for the main meal. For those looking for something a bit more interesting I'd recommend the kibe. Until I googled kibe I actually had no idea what it was, and that didn't matter because its delicious. A blend of bulgur, onions, and ground meat, Boustan's kibe is savory and moist; an esoteric option with very familiar flavours.

And the potatoes...so good. Served with their garlic-mayo, its like eating a piece garlic-y heaven. Totally worth the bad breath.

Pitas and shawarmas are the standard stars of Boustan's menu, and for good reason. No other Lebanese spot attains the greasy yet crispy perfection that is Boustan's shawarma. The vegetarian pita and falafel are no slouches in the taste department either. If you're feeling adventurous, go for Boustan's original pita: 'The Creation.' A fusion of the vegetarian and shawarma pitas, The Creation is jam packed with almost everything on the Boustan hot table, so you know it is delicious to epic proportions. But this is midnight munchy meal time, and a single sandwich is not gonna get the job done. Boustan's main dishes will though.

Taking the shawarma out of the pita is the all to greasy and effing amazing chicken shawarma plate, which also comes in beef.  The shawarma plate is pretty much everything you'd get in the pita, but with more of everything. More meat, more veggies, and even rice and those addicting potatoes with garlic sauce. When it comes to Boustan more is definitely a better choice.

An overlooked main dish, at least by meat eaters, is the vegetarian plate. I am not a vegetarian, but I have to admit, this is probably my favourite choice. The plate is stacked with so many delicious veggies: fried cauliflower, grilled eggplant, tabouleh, coleslaw, falafel, and these little Lebanese omelets. Served atop a bed of rice and potatoes, the veggie plate is a cornucopia of salivating greens.

Open late and full of greasy goodness, Boustan is perfect for all your late night hunger needs.  Next time you're couch-locked and hungry at 3am, Boustan is only a call away.