The STM is not yet taking these measures in Montreal. 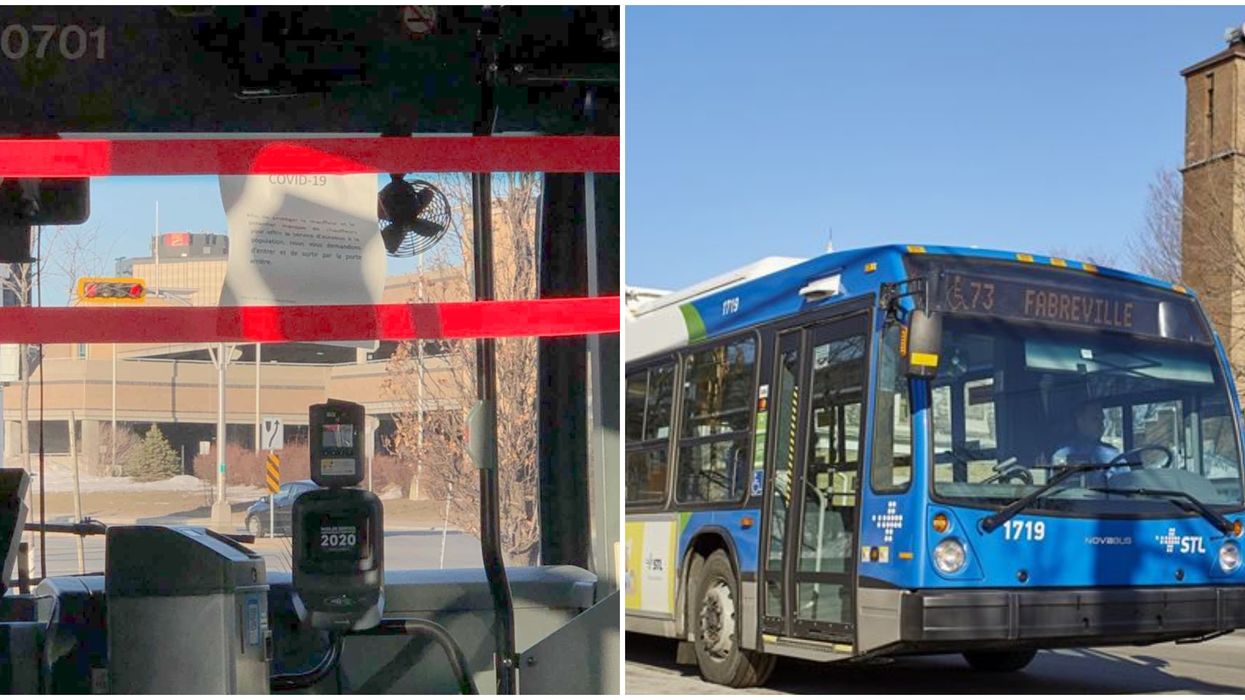 The union of drivers for the Société de transport de Laval (STL) has taken measures to protect its members amid the ongoing outbreak of COVID-19 in Quebec. A photo shared with MTL Blog shows the steps taken by one driver to try and avoid the spread of the virus on public buses. A notice posted on the bus asks passengers to avoid the front section and use the back door.

The sign also indicates that these measures are being taken to avoid the potential lack of bus drivers, which could be detrimental to public transit if a significant number of drivers have to stop work.

But while STL drivers take additional precautions, the STM confirmed to MTL Blog that it is not asking its drivers to take customers onboard through the back door.

An STM spokesperson explained, "We have put in place several preventive measures and our decisions are based on the recommendations of government and public health authorities."

They also asserted that "public health authorities continue to believe that the risk of transmission is low in public transportation and that hand washing and adherence to respiratory etiquette are good means of protection."

The following photo was taken on a #56 bus in Laval, which travels to and from the Montmorency metro station.

Translation: In order to protect the driver and prevent a potential lack of drivers to provide bus service to the public, we ask that you enter and exit through the back door.

An STL spokesperson confirmed with us that the photo above was, in fact, an STL bus. They also confirmed that the decision came from the drivers' union.

They continued that, "although this is not an official STL initiative, we understand our drivers’ concerns and will maintain the measure until further notice."

The STL spokesperson noted that they are "in constant communication with Quebec government authorities and will follow their guidelines."

Moreover, the STL is coordinating its actions "amongst all public transport authorities in Quebec."

Public transit remains operational despite the closure of many public spaces in Quebec.