The highway left 4 dead and 12 injured, as per the latest figures. 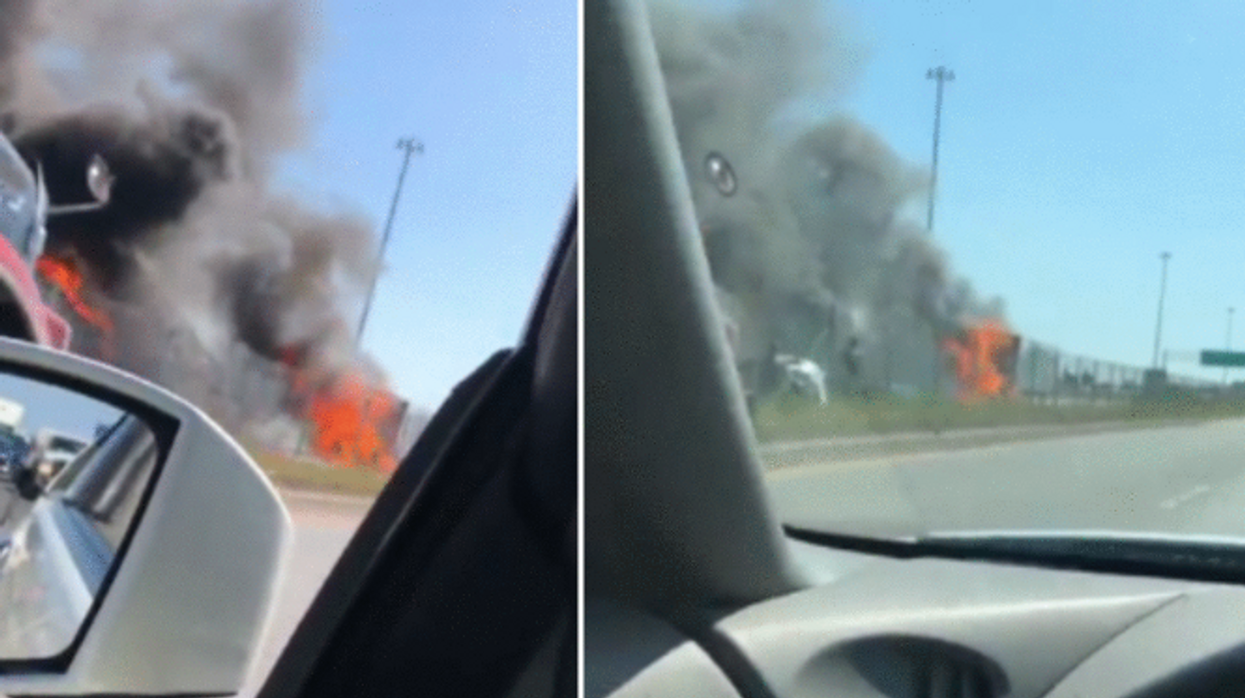 Yesterday afternoon, at around 3:30 p.m., a collision occurred on highway 440. Unfortunately, the accident has left 4 dead and 11 injured, a few of whom are still in critical condition.

According to the CBC, the cause of the accident was a collision between a small car and a semi-trailer truck. The two vehicles then collided into a second semi-trailer.

One of the trucks was carrying propane, which led to an uncontrollable blaze on the highway. Vehicles behind the accident were unable to avoid the vehicles, leading to a pile-up on the highway.

Warning: the media below contains graphic images that some may find upsetting. We advise readers to use their discretion.

Emergency personel quickly arrived on scene to assist victims and control the fire, which could be seen from kilometers away.

Translation: According to Laval firemen, three victims of the accident on the 440 were found burnt inside their vehicles. Paramedics describe "atrocious" scenes.

According to witnesses, the collision caused "explosion-like" sounds.

READ ALSO: There Are Hundreds Of Attempted Cyber Attacks On Hydro Québec Every Year

The highway remained closed for over twelve hours while investigators conducted a preliminary evaluation. The highway officially re-opened at about 5:00 AM Tuesday morning.

Many of the cars are highly damaged, to the point that even serial numbers are difficult to identify. Victims have also not yet been identified.

Witnesses interviewed by La Presse deplore this stretch of highway, which is known to be very dangerous and the site of many accidents.

Sécurité Québec have already interviewed many witnesses, but they are asking for the public's help in piecing together the sequence of events.

People who witnessed the crash, and the moments preceding it, are asked to contact the Sécurité Québec at 1-800-659-4262.