The driver of the truck has been given treatment for shock. 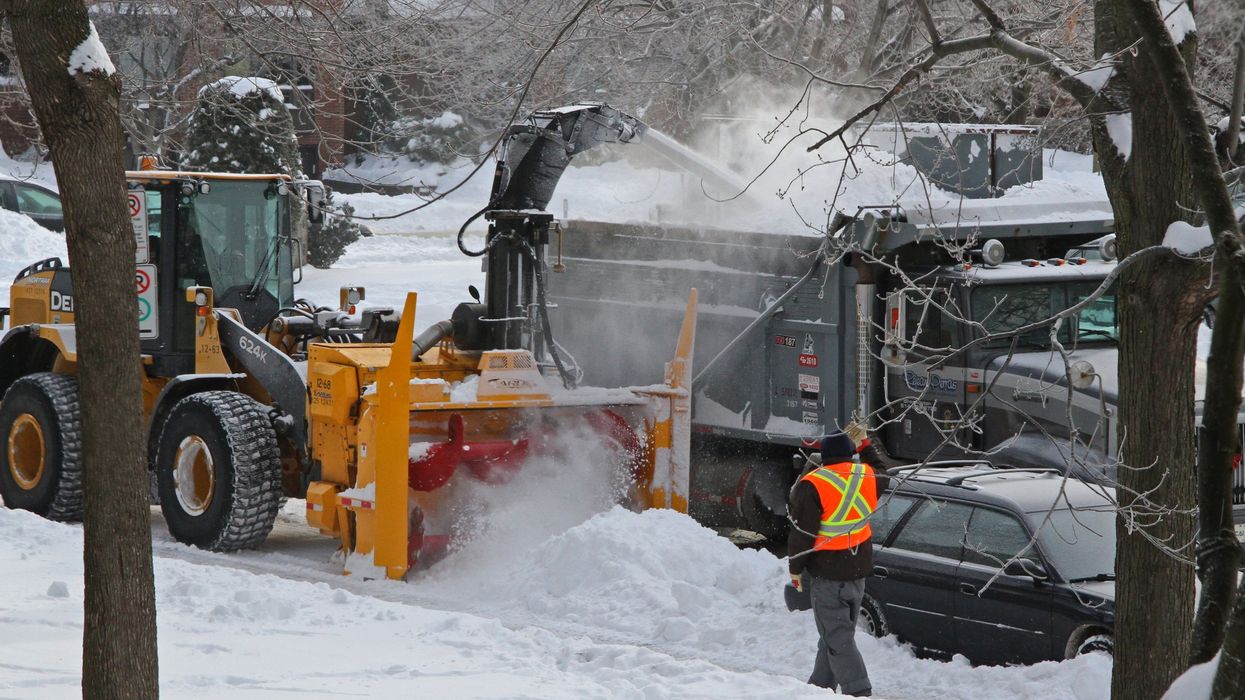 A pedestrian in Laval was struck and killed by a snow removal truck last Friday, according to the Service de police de Laval (SPL). The woman, who was 69 years old, was hit by the truck in the afternoon, causing road closures that lasted well into the evening. Late in the evening, the SPL posted an update confirming the death of the woman after she was brought to the hospital in critical condition.

Officers initiated an investigation to better understand how the incident occurred, and the driver of the truck was also given treatment for shock.

Significant snow removal operations have been underway in Laval and across the Montreal area after approximately 50 centimetres of snow fell on Friday, February 7, 2020.

According to the Ville de Laval website, at this stage, most of the snow removal operations are happening in residential areas where snow has already been plowed and now just needs to be loaded into a snow removal truck.

The intersection where the incident took place is quite large for a residential area and is equipped only with stop signs, despite 100e avenue being three lanes in each direction.

The SPL unfortunately confirmed to MTL Blog that the woman was, in fact, killed on impact and pronounced dead upon arrival.

The driver of the truck was also taken to hospital to be treated for severe shock.

According to SPL spokesperson Evelyne Boudreau, the woman had crossed half of the intersection and was standing upon the median, in the driver's blind spot. She was struck with the back of the truck as it was turning.

At 3 p.m. on Friday afternoon, the SPL tweeted the following message, informing drivers that there was a road closure.

The full tweet reads, "[Major accident] Sector to avoid due to road closure. Blvd. St-Martin and 100e Avenue in Chomedey. Thank you for your collaboration."

Then, at 4:30 p.m., the SPL posted an update about the incident and subsequent road closure.

The full tweet reads, "[Major accident] Closed sector avenue 100e between Dutrizac and Louis-Payette and boul. St-Martin between Boutillier and Fafard. Accident investigation at the scene."

Much later on, at 10:30 p.m. on Friday night the SPL again tweeted an update, explaining the sad outcome of the incident.

The full tweet reads, "[Major accident] Update. A truck hit a 69-year-old pedestrian at the intersection of boul. St-Martin O. and 100e Avenue. The latter died following the impact. The scene will be lifted shortly."

READ ALSO: These Are The Montreal Areas That Saw The Largest Average Rent Increases Last Year

On the same day, the SPL shared this video from the Société de l'assurance automobile du Québec (SAAQ)'s Facebook page.

The video creates a bit of a joke around the fact that the French phrase, "c'est lourd," meaning "that's heavy," is also used in Quebec to imply that something is awkward.

NOW WATCH Car Drives Through The Wet'suwet'en Protest In Regina