"Man Of Steel" Leaves Us Disappointed And Not Wanting More 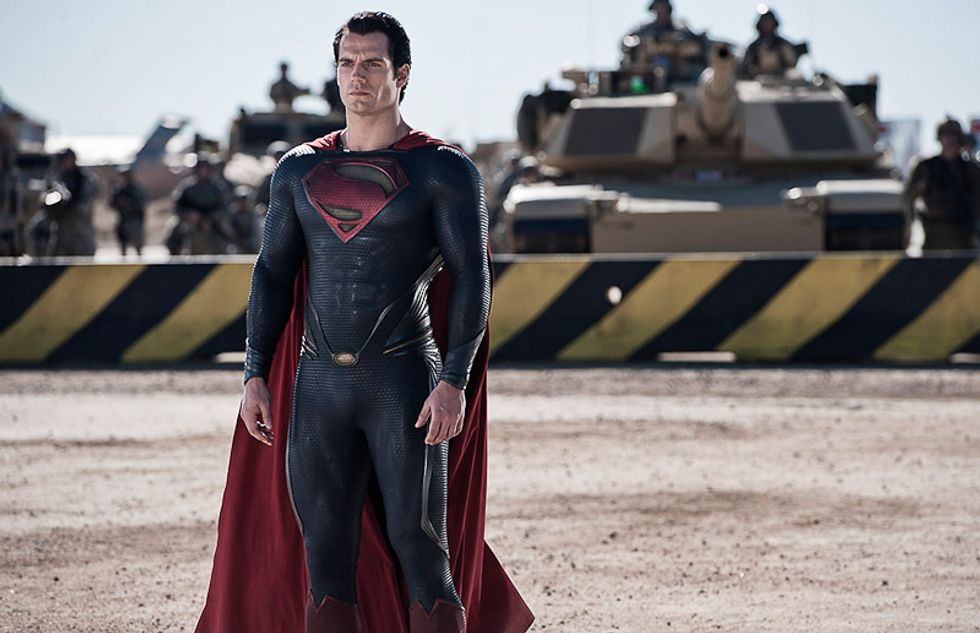 This being a new “Superman” movie, coming from the director of 300 (Zack Snyder) and the producer of the Dark Knight trilogy (Christopher Nolan), I guess you can say my expectations were high walking in to  Man of Steel.

The film started off strong with a fantastic intro on Krypton, Superman’s home planet. Here we get a mini-origin story, beginning with Superman (aka Kal-El)’s birth, and are introduced to his parents. His father Jor-El (which people in my group of friends have come to refer to as “Ja Rule”), played by Russell Crowe, kicks some serious ass. After this long but very enjoyable sci-fi film within a film, we are introduced to the Man of Steel and the people in his life.

Unfortunately, this is where the movie falls apart. Henry Cavill’s portrayal of Superman is lacking. Despite being utterly JACKED as all hell and looking the part whilst donning the red and blue spandex, Cavill (Immortals) lacked the iconic “Superman feel”. He, and his love interest/co-star Amy Adams (playing Lois Lane) lacked depth, emotional or otherwise. The overall film, but more importantly the main cast, lacked the heart that made the original Superman films so enjoyable. The focus on Superman as an alien, and what that means for humanity is an interesting focus, but this takes away from Superman as a person. Ultimately, the film’s focus becomes too large and lacks the definition of a central character, despite the red cape and perfect hair.

The one thing I did find odd is that at one point I actually wanted the villain to win. General Zod, played by Michael Shannon (Boardwalk Empire), though sporting the most ridiculous of “bad guy goatees”, actually made me care about his character. As discussed at the beginning of the film, everyone on Krypton is genetically modified at birth with one work function. In General Zod’s case, it is to ensure the continuity of his species. This is more emotionally poignant that any of Superman’s choppy flashback sequences that are confusingly scattered throughout the film.

The action scenes are pretty nausea inducing. If you’re feeling particularly daring, take a shot every time the camera zooms in and out, or in and out of focus. You won’t make it halfway through the movie with out needing your stomach pumped.

The final showdown in Metropolis is the only thing that saves the film. Buildings crumble, punches are thrown and Superman does something that die-hard fans won’t be too happy about. The ending does a great job of setting up what could be a new Trilogy, but overall Man of Steel should have been a more concise origin story that the mess of an action film it is.

This is a movie many people will be talking about over the net few weeks, so other than being excluded from a few conversations with buddies, you wouldn’t miss much by not seeing it.