Maps Of Europe Reveal The Origins Of Everyday Used Words

Find out exactly where the most common words began.
Michael D'Alimonte 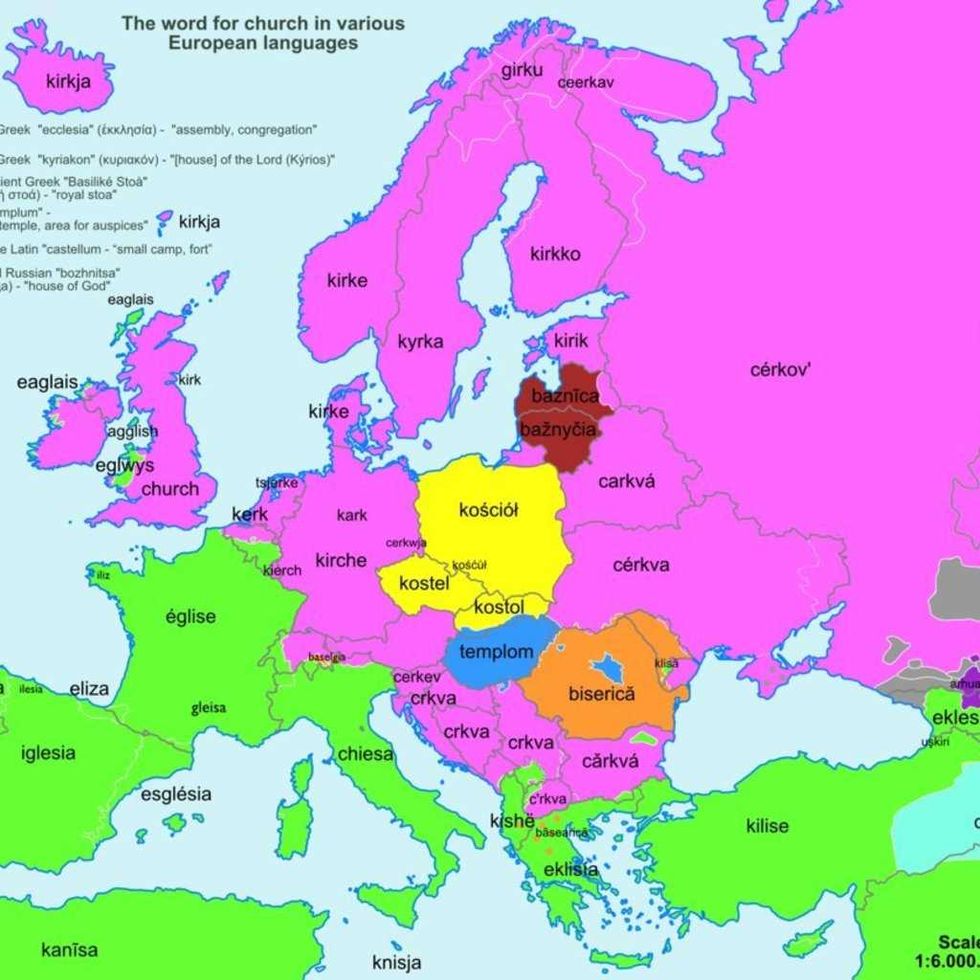 Every word started somewhere. Even the oldest of words and terms had an origin point, and not all of them are as easy to find as 'YOLO.' The maps below, linking everyday words to their country of origin, show how cultures can effect the language of neighboring nations. Focusing in on Europe, the maps reveal how the more a country uses a certain word, or if its central to its culture, it will leak into the language systems of neighboring nations. Us folks in North America basically inherited language from our European neighbors, so take a peek at the maps below to see exactly where we get our words from.

We all love beer, but where did the term originate? The English language, along with many other European tongues, got the 'be-' prefix and sound from the Proto-Indo-European (a super old language over 5000 years old) term 'bews' which refers to brewers yeast. Given how yeast is essential in alcohol fermentation, it makes sense beer would gain its name from the ingredient.

Most countries got 'bear' from Russia's 'medved' (honey-eater), which makes sense, as Russia has the largest amount of brown bears in Europe. The English term looks to be based on the Proto-Germanic 'bero,' meaning brown and/or shining. Black or polar bears aren't exactly in abundance in Europe I guess.

You may not go to church too often, but the word comes up a lot in North American history, especially Montreal's. Nearly every European language owes their word for Church from ancient Greece, specifically the words 'ecclesia' (assembly, congregation) and kyriakon (house of the Lord). The church has a pretty solid pagan foundation, even in its vocabulary.

The root for 'rose' is pretty widespread throughout all Euro-languages, stemming (pun!) from the PIE term 'to grow.' A rose is a rose by no other name.

China, probably the world's largest tea drinking population, is where English gets its term for tea, which is quite fitting. Almost all of Europe is the same, using variations from Cantonese or Amoy dialects.