Marijuana E-Cigarettes Are Going On Sale Next Week

The Kanavape launches just in time for Xmas. 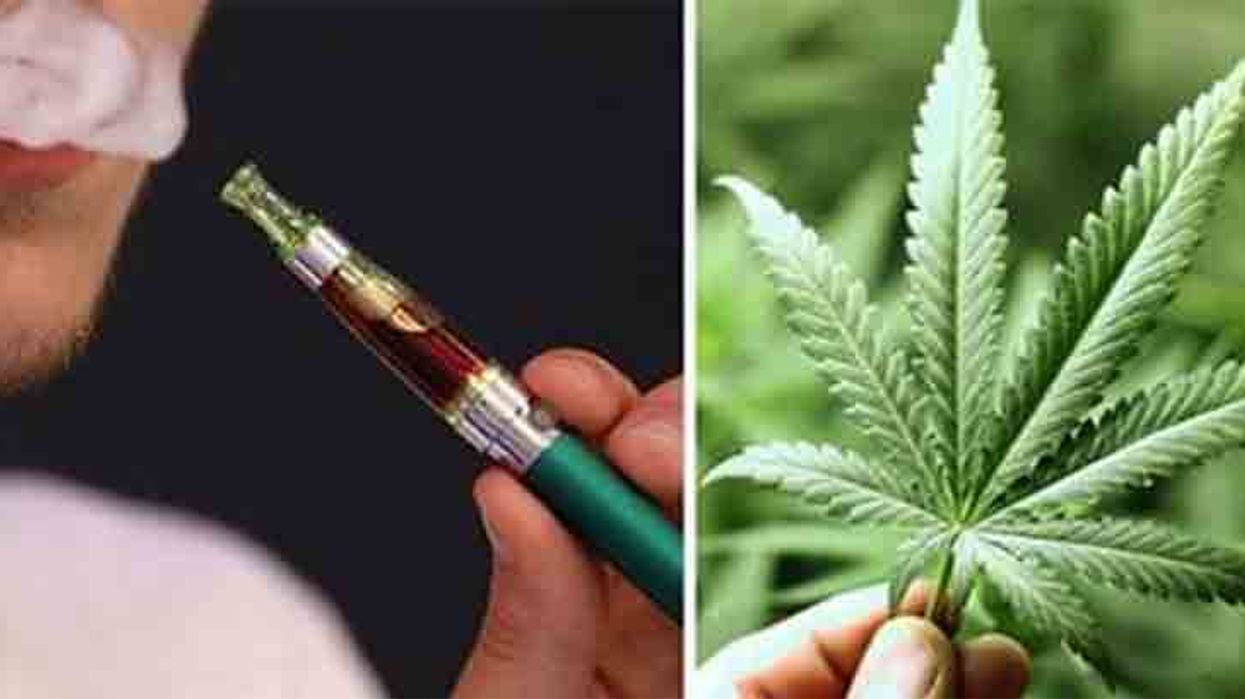 E-cigarettes/vaporizers have become fully integrated into modern cigarette smoking culture, in almost no time and all, and now the tech is moving into the world of cannabis. The latest innovation in electronic weed smoking comes in the form of the Kanavape, a new cannabis e-cigarette that will be available next Thursday, according to LAD Bible.

To be launched in Britain, and only in Britain at the moment, the Kanavape is being marketed as an entirely legal electronic cannabinoid smoking device, even under UK law, where marijuana is illegal. How is this possible? Well, because the Kanavape contains zero THC.

Using a special vape liquid that is synthezied from hemp, the Kanavape is designed for individuals to smoke "cannabidiol," a hemp derivative that supposedly "will not make you high but will help you relax." Kanavape states that their use of hemp, instead of THC-rich marijuana, will give all the same "benefits of cannabinoids without the psychotic effect of THC."

By "psychotic effect" we assume that the Kanavape marketing team is referencing the feelings of paranoia or nervousness some individuals experience when smoking weed. Definitely a harsh term to use on a mental sensation that  fades after you've become comfortable with smoking weed, though we assume "psychotic" was used to stress the absence of the stereotypical negative effects of marijuana, to make the Kanavape seem more legally legit.

Despite the lack of THC, the cannabidiol vapor will still make you feel relaxed, according to Kanavape, while also giving you the positive health benefits of cannabinoids, which have been recently reported to fight off cancer cells. You can read more about the product by heading to the website here.

The Kanavape will go on sale in Britain next Thursday, with plans for the device to be launched in France soon after. As of now, nothing really exists in North America that's akin to the Kanavape (save standard weed vaporizers) but if the product does well, and is truly 100% legal, an expansion across the pond could happen in the near future.

Are you looking for more? Click here for Why People Are Eating Mangoes Before Smoking Marijuana >

A new Statistics Canada graphic shows how cannabis use in Canada changed from 2018 to 2020 — and, apparently, Quebec is the least stoned province in the country.

Just 11% of Quebecers ages 15 and older reported using cannabis in the three months leading up to StatCan's survey of cannabis users in Canada between 2018 and 2020.*

The Société québécoise du cannabis (SQDC), Quebec's cannabis retailer, is hiring for 28 in-store positions across the province. There are both full-time and part-time jobs available in and around Montreal.

The positions currently available in Montreal are at the new Pointe-aux-Trembles branch. But the Laval-Chomedey branch is also hiring.

The opening date for Laval's first Société québécoise du cannabis (SQDC) store has finally been confirmed — and it will be open in time for 4/20.

Located in the Sainte-Dorothée district, near Highway 13 in the 250-B building of Mega Centre Notre-Dame, Narcity Québec reported that the store will open on March 19.

Quebecers are getting high and that means the Société québécoise du cannabis' (SQDC) profits are, too.

In fact, the latest numbers from the SQDC show that the agency sold $173 million worth of product in its third quarter, between September 13, 2020, and January 2, 2021.