Matthew Good Collapses On Stage During Concert In Edmonton (Video)

The singer has been taken to the hospital. 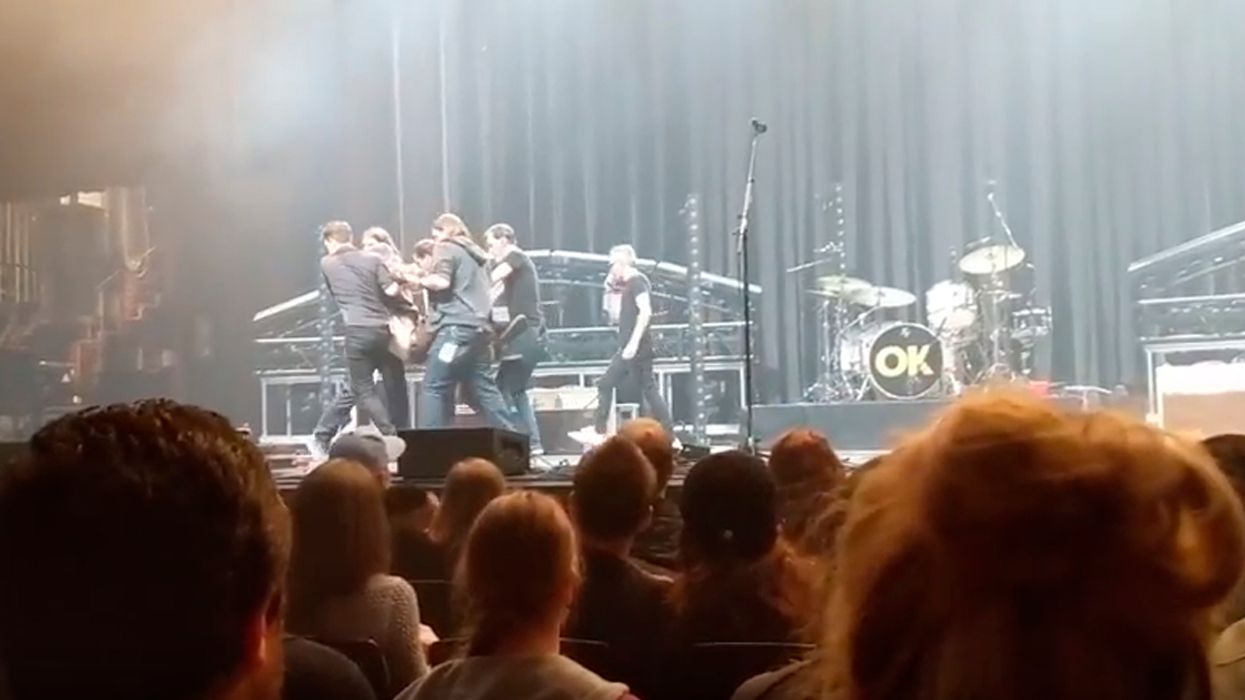 Canadian rock legends Matthew Good Band have been on tour this spring.

Last night, during their tour stop in Edmonton, lead singer of the band Matthew Good collapsed on stage, was carried off by a group of people and rushed to the hospital.

Matthew Good was said to have been battling Pneumonia, but in true rockstar fashion decided that the show must go on.

About 3 songs into the band's set, Good collapsed on stage and could not continue the show. Here's a video of that.

No real word as to what is going on since has been said, but bandmate Raine Maida did have some words for the audience, saying that Matthew Good had been feeling pretty ill.

Raine Maida went on to say the Matthew Good would probably still want the boys of Our Lady Peace to play, and asked for a little while to set the stage and regroup - the band did end up playing their set for the Edmonton crowd.

Matthew Good was taken to the hospital, and no updates have been released since. The band's management has declined to comment.

As Raine said on stage tonight, Matt’s been under the weather recently, but still wanted to go on with the show. Unfortunately he couldn’t carry on with the performance, and as a precautionary measure he has been taken to the hospital. We’ll keep everyone updated.

For those worrying & wondering, @mattgood is headed to hospital, and had been battling pneumonia. We had a doctor right beside us who ran on the stage, so he had immediate care, thank God.#yeg

Young says Good was in the middle of a guitar solo, had his back turned away from the audience and was talking to the drummer, then he went down pretty hard.

At least Matthew Good can make light of the situation, and it seems that the singer will, indeed, but okay - but even legends need to take the time to heal and be well.

All the best, Matthew Good!