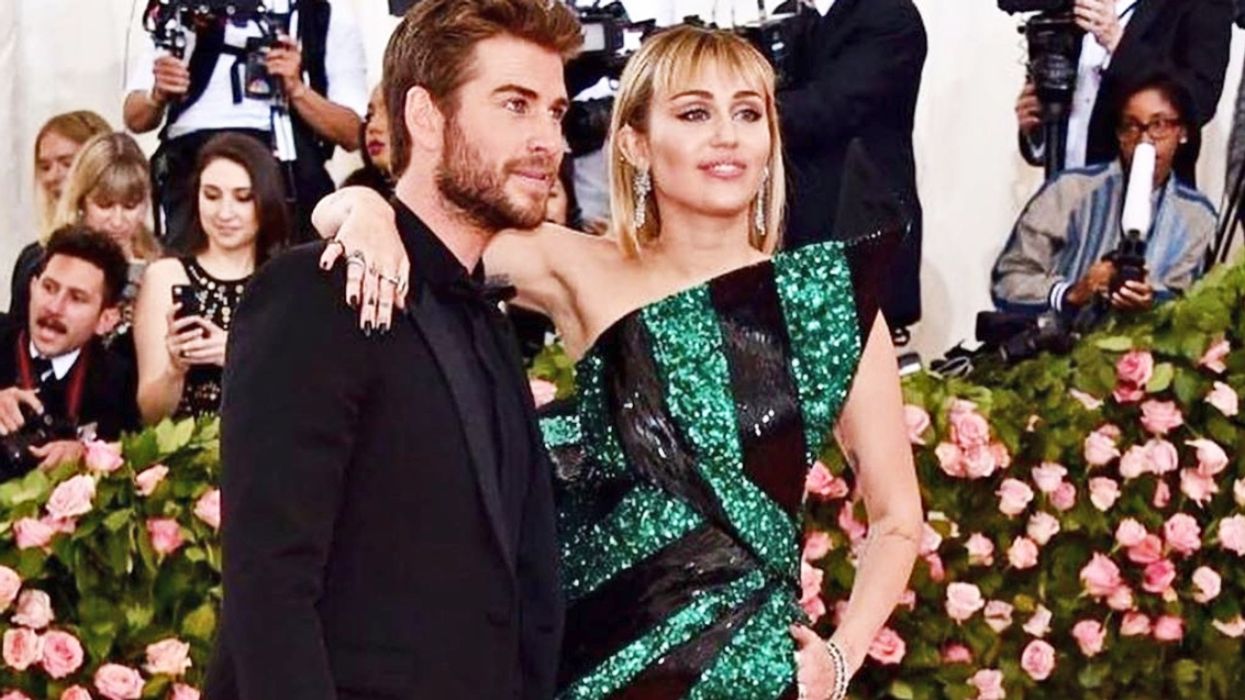 Miley Cyrus has been teasing a Hannah Montana comeback for months now. It all started with the iconic hair, and now it seems she even managed to sneak a little Bet of Both Worlds into the Met Gala.

People on Twitter have come forward with photos from the iconic Disney show that really showcase how similar her custom-made Yves Saint-Laurent dress is to another outfit she wore nearly a decade ago...

And that outfit was one from the much beloved Disney Show Hannah Montana. Check out the photo below.

Eagle-eyed fans were quick to notice the comparable outfits, and they were more than a little excited.

While I was over here thinking Miley really didn't have much to show in terms of "Camp" on this year's Met Gala runway.

Clearly, I was just an ignorant fool who failed to appreciate the true Camp Power that Miley has always had and will continue to have until she's our generation's Dolly Parton.

As I mentioned above, this is not the first nod to her beginnings this year. Miley has been doing her fair share of Hannah Montana homages as of late. Her hair is just the beginning.

Not only have fans been speculating about the comeback of Hannah Montana, but Miley herself has also seemingly embraced her alter ego of the past.

The caption was, "Listen to Hannah. She knows what's up."

And the hair change that is obviously nothing other than Hannah-inspired...

And since she got the haircut, even she hasn't been able to help but make the constant comparison between her current self and her alter ego from years ago.

She also teased at a new song called "Bad Karma," that we will more than likely see on her new album.

But are we going to be getting more Hannah Montana realness in our lives soon?

Seems impossible that we wouldn't, and with Miley, I can't wait to see what kind of outrageousness she pulls out.