This was going to be the last year. 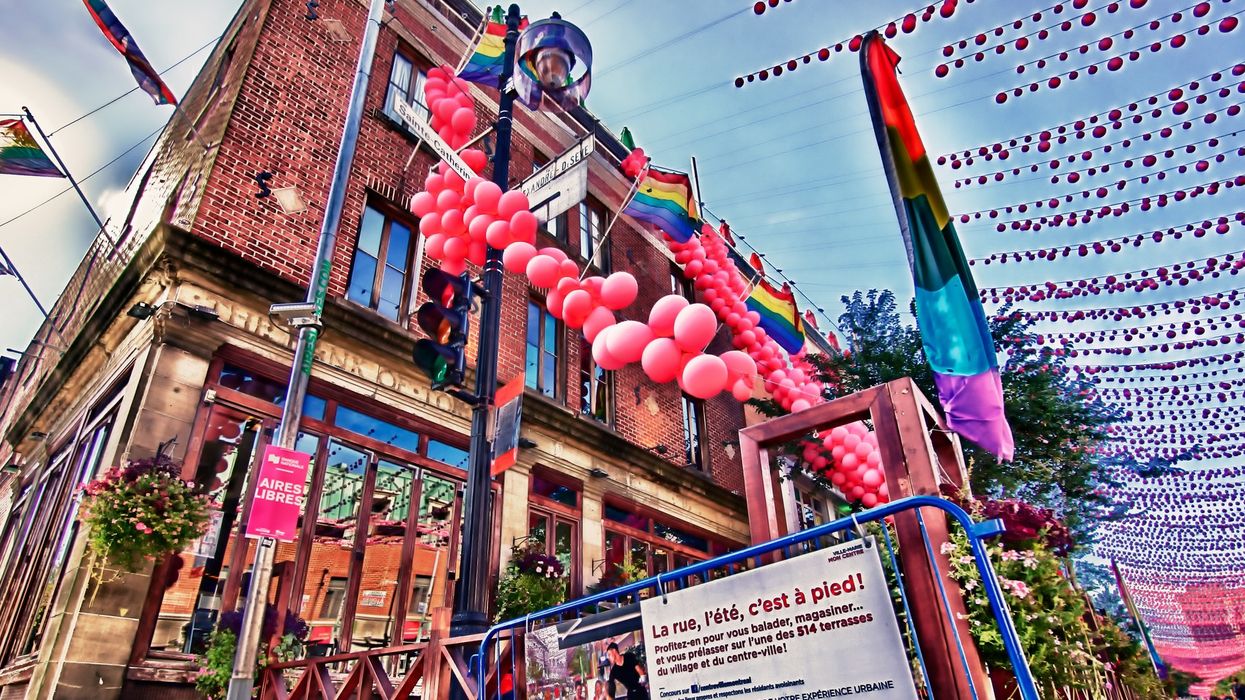 Over the past few weeks, there had been some sobering news coming out of Montreal's iconic Gaybourhood - the largest Gay Village in all of North America.

For the past while, the Gay Village in Montreal on Ste. Catherine St. E. has been adorned by pink, and then more recently rainbow balls, suspended above for a 1km stretch of what had become the longest pedestrian zone in Montreal during the summer season.

Here's how it all came to public knowledge.

Valerie Plante was on hand at the unveiling of the Village's newest art installation, and during her speech, she was asked by a local business association member about the sudden news of the iconic rainbow balls not returning in 2019.

Local businesses let out an audible gasp, as it was clear that this news was a shock to Plante and residents alike. As it should be. The suspended balls installation had become a mainstay in the village and represented the coming season where the gaybourhood in Montreal was more than just a local gay village.

It was a huge tourist destination! The clubs, bars, and restaurants got to roll out extended terrasses, the whole strip for 1km became an amazing place to go out and enjoy the town.

Stunned by this news, Plante had a quick huddle with her team and then confirmed that this was the first time she was hearing about 2018 being the final year.

Last week, it became widely known and confirmed that this news was, in fact, true, and the balls would undoubtedly come down in September never to return.

The response from the Montreal public was overwhelming. So much so that the artist responsible for the installation has been "touched" by love for this project by Montreal.

As of today, artist Claude Cormier has been so touched by the response that he has confirmed the balls will, in fact, be making a return for 2019, and they'll be better than ever with a brand new theme for next year!

What exactly that means is still yet to be seen, but I count this as a huge victory for our local Gaybourhood, the rest of Canada, and Gay Village's around North America as we still remain the biggest (and best) village around.

This just shows you that when something matters to you, and you speak up - people will listen!

Well done, Montreal! Now go out to the village, grab some lunch, a cocktail, and enjoy summer 2018 without worry!