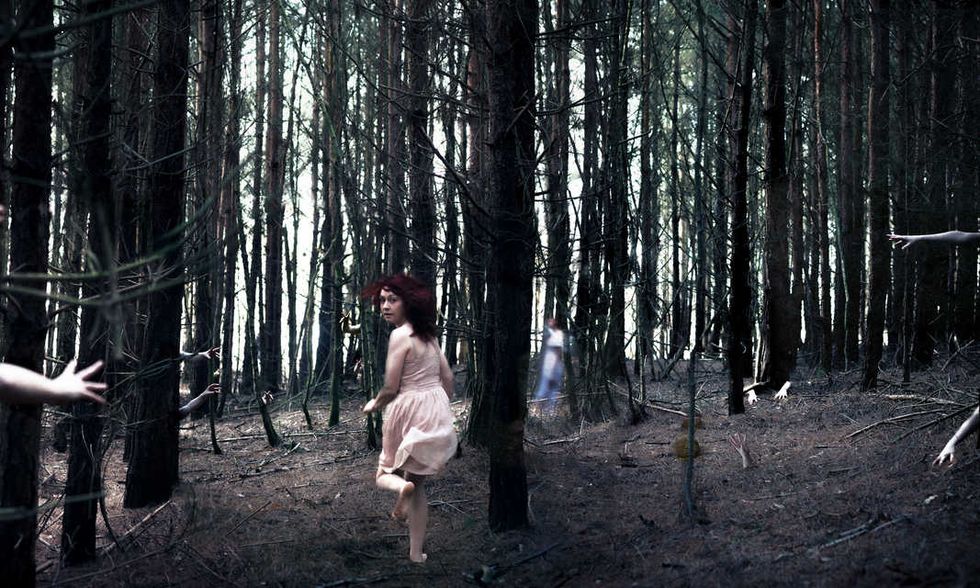 It may seem a bit early to be thinking of Halloween since technically we're still in summer. But when you think about it we're in the middle of September already so there's only about 6 weeks until Halloween so the countdown is on!!

What better way to get into the Halloween spirit than this insane "Night of Horrors" game that's taking place this weekend just outside Montreal!

The terrifying event is taking place at 5340 Boulevard Marie-Victorin in Sainte-Catherine, Quebec just 30 mins outside of Montreal.

This night of hell last 12 hours, starting Friday, September 15th and going all night long until the morning of Saturday, September 16th. What this night entails will scare you sh*t-less!

All night long actors will chase you, kidnap you, attack you and you'll have to run away as best you can. Remember, they can touch you but you can't touch them!

This terrifying experience will keep you on your toes all night long! The story behind the night of horrors is the creepy Island Of The Lord created in the 1950s by the government to test paranormal phenomenon and pathogens.

Human subjects were left on an island to be observed from a distance where the chemicals and the creepy paranormal activity eventually took its toll.

You have the choice of the level of torture you're going to endure throughout the night. You can be an observer where you just watch from the sidelines, listen to scary stories and watch horror movies all night. A full-night ticket will include being tormented, dragged on the ground, receiving electric shocks, being separated from your friends and forced to handle and eat insects.

A few special participants can choose the "Death Wish" option that will be personalized to your own individual fears and faced to endure them including heights, being buried alive, being placed in uncomfortable situations and many more surprises!

You'll definitely be crying out for your mamma by the end of this terrifying night of horrors!