Montreal Is Opening A Downtown Farmers Market On Peel Street

The city centre is about to get a whole lot fresher.
Laura Hanrahan 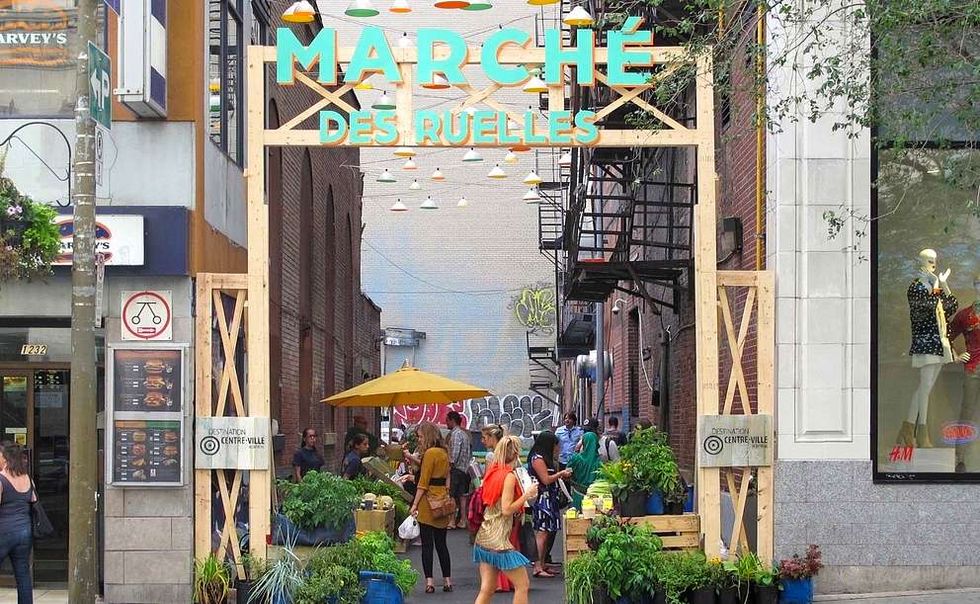 For the second year in a row, Peel Street will be hosting a pop-up farmers market, where Montrealers will be able to come and get some fresh, delicious produce.

Downtown folk can save themselves the trek to Marche Bonsecours or Atwater market, because the Marché Des Roulles, as it's called, will be taking over 3 alley ways on Peel, just south of Saint Catherine. It's set to start on the 19th of August, and if the hours remain the same as last year, it will last until the 21st and be open from 4pm to 7pm.

Unlike last year, which was all about having a huge variety of different local produce, this year corn is going to be the bell of the ball. It's going to be featured everywhere. You'll be able to buy it raw to take home and cook, or have it prepared for you so you can eat it right there on the spot.

Take advantage of the convenience while you can and load up on fresh, local food. And even if you don't want to buy anything, this pop-up market will be a sight to see!