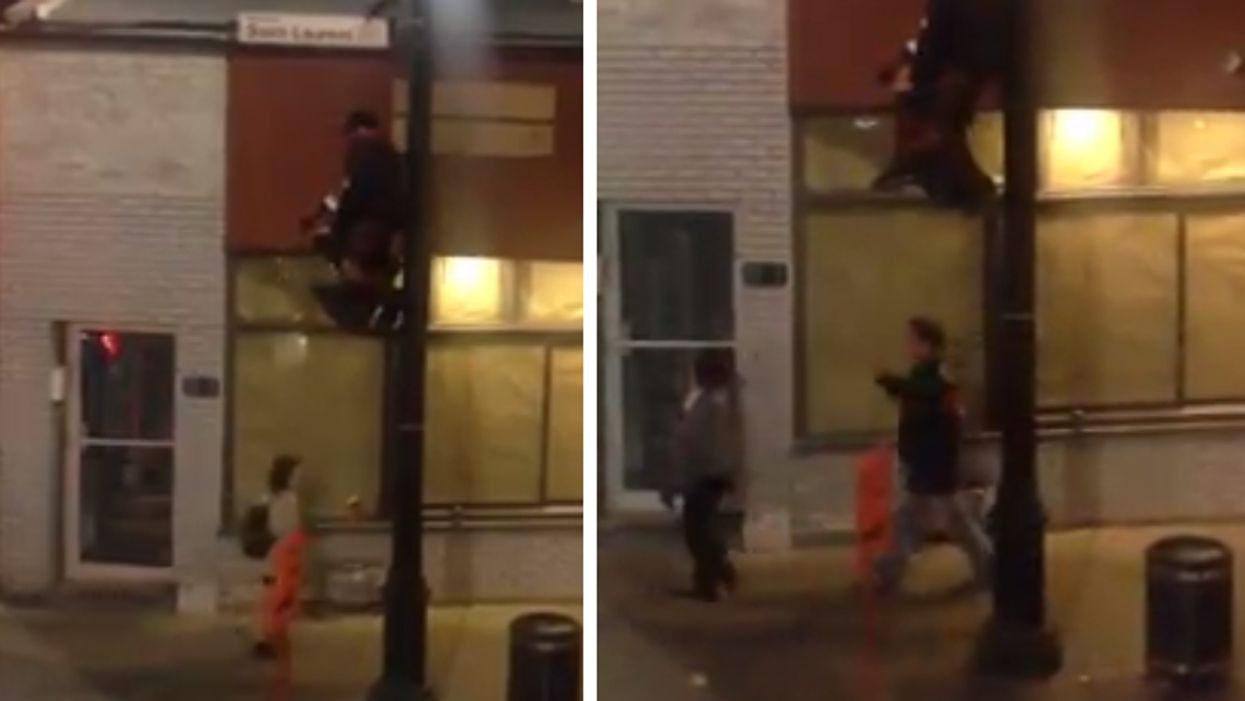 Getting hit-up for money isn't a rare occurrence in Montreal, especially if you happen to live downtown. After a while you tend to ignore it, that is until someone comes up with a better/more entertaining technique to ask you for change.

Some go with the squeegee approach, others do some busking. But one man has found the perfect technique to stand out.

The video was captured by Jason Tull, the owner of the Muzique Club.  The man in question decided to climb up a lamp post, he then dangled down a homemade fishing pole with a cup attached to it so he can go fishing for people's change.

Not gonna lie, I would totally give this man money if I passed by him on the street. Just to thank him for giving me a good laugh.

(Video may take a second or two to load)