A step in the right direction.
Laura Hanrahan 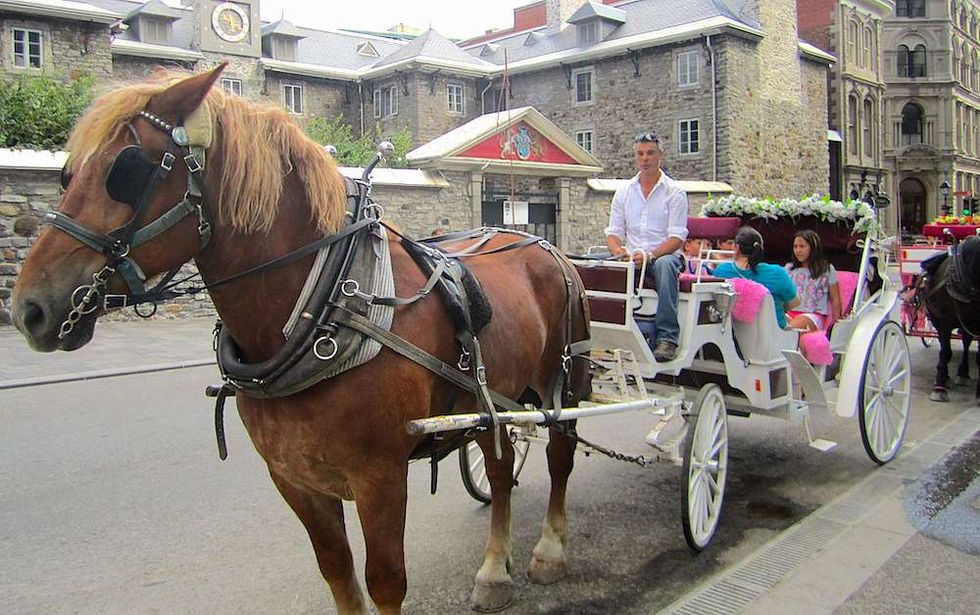 Montrealers were outraged earlier this week after pictures of a calèche horse slipping and fallingon metal construction sheets were released, with many people calling for an end to the entire calèche practice all together. Well, Montreal's Mayor Denis Coderre has responded to the incident, and took to Twitter yesterday to make an announcement:

While it's a nice gesture, and definitely a step in the right direction, veterinary reports alone are not going to do anything about the standard of living and treatment of these calèche horses. Now if he were promising to make serious changes based on the reports, that'd be another story. But seeing as Mayor Coderre was an active participant in the calèche's 350 year anniversary back in January, it gives us little hope that he'll be banning them any time soon.