Montreal Police Are Still Targeting Queer People For No Reason

Last night kind of proved it. 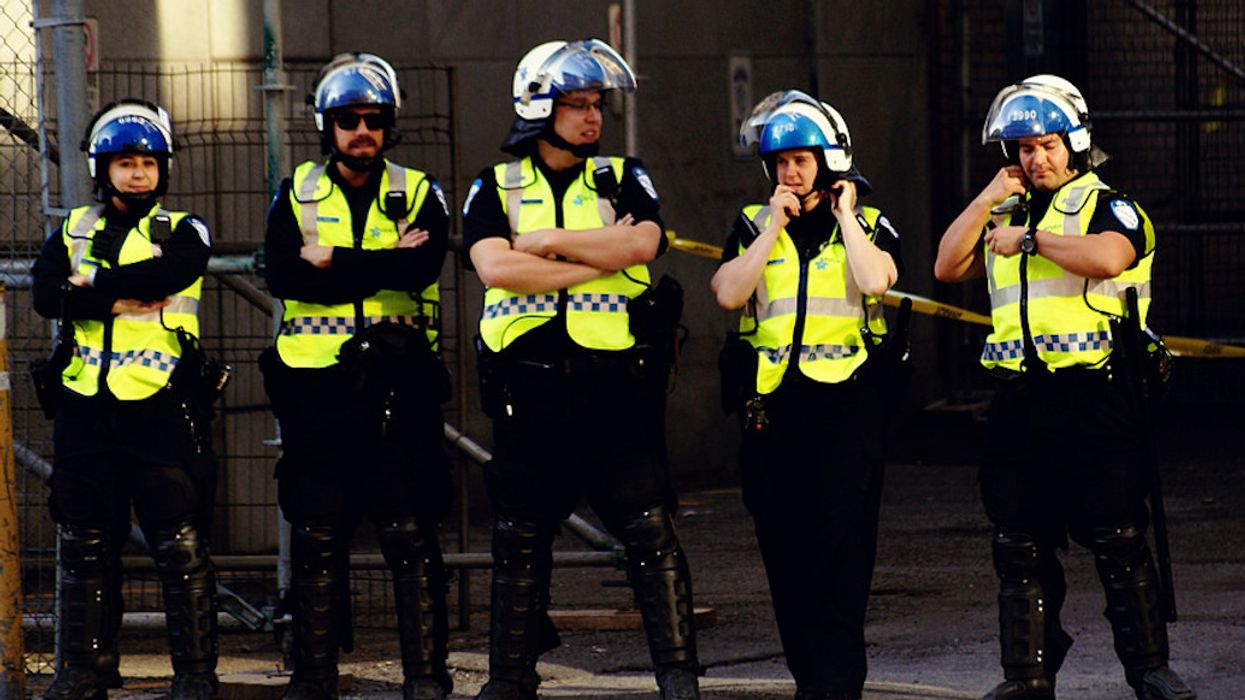 Organizers for Montreal Pride related the course of events in a Facebook post which admonished the actions of the SPVM officers involved.

According to the post, two Montreal patrol officers entered the biPOC safer space housed in Parc des Faubourgs, an area designated as "a place of comfort to promote the safety of Black, Indigenous and people of colour."

Any sense of safety or comfort was likely demolished once the Montreal police showed up, specifically targeting one queer individual who was said to be in possession of "some" marijuana.

Remember, legalization is less than a year away, and it's not like someone having pot on their person is a rare occurrence in Montreal.

After taking the individual outside the space, they (the individual's preferred pronoun) was questioned by police.

The president and vice-president of Montreal Pride then became involved, speaking with the SPVM officers on behalf of the apprehended individual.

After an hour of discussion, the individual was released.

Specific details on the event are unclear, like how much marijuana the individual-in-question actually had on them.

Again, though, someone smoking or being in possession of marijuana is pretty standard in a Canadian city like Montreal. Police officers allow people to openly smoke marijuana in many public spaces, making this specific event all the more telling.

The organizers of Montreal Pride describe the altercation as "an incident that resonates with the daily acts of oppression faced by queer trans People of Colour."

Tonight, the biPOC safer space will be closed in response to last night's police-related occurrence. Montreal Pride says the area will be open again tomorrow, promising "more favourable conditions in our safer spaces."

Pride organizers also reminded its followers that no police officers will be marching in this year's parade.