Montreal Roads Are Going To Be Completely Shut Down This Weekend

Ditch the ride, take a metro. 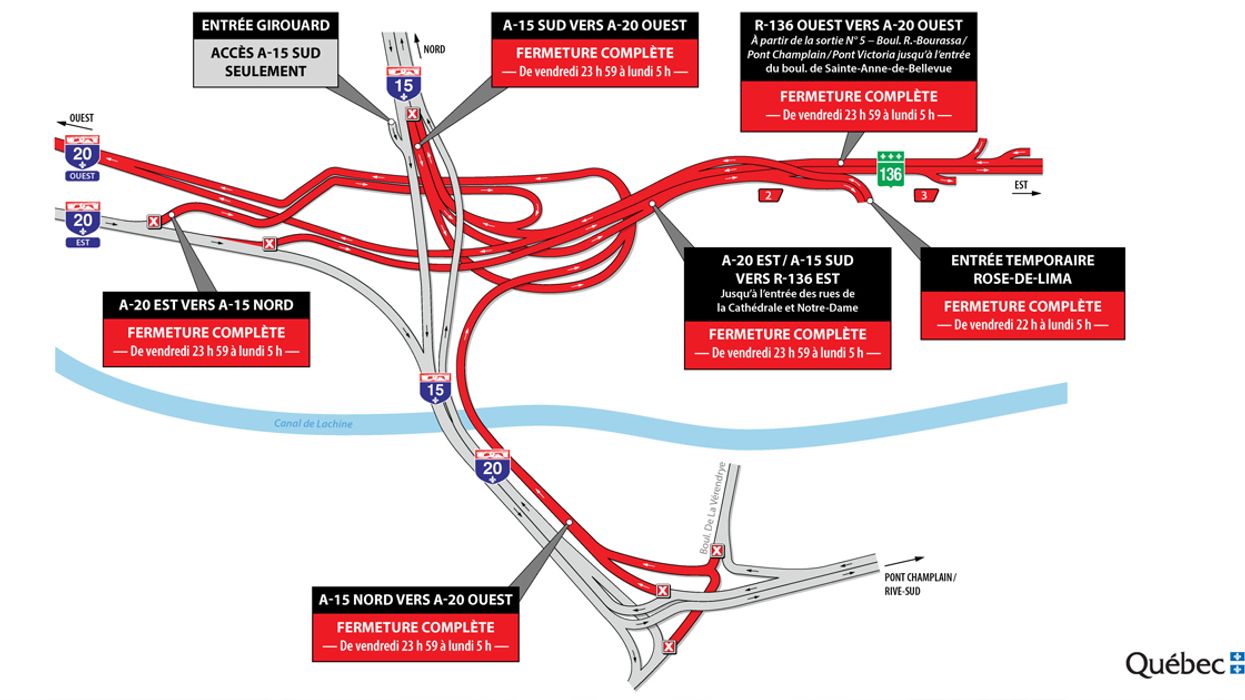 Just when you thought all the major roadblocks had subsided since F1 has come, and gone... well, you have another thing coming.

Just cause the festival season has slowed somewhat this weekend, don't think for a second that it means Montreal roads have gotten easier. It still is, after all, our second longest season after winter - Construction!

Weekends in Montreal are for fun, for parties, for going out and experiencing some of our eclectic cultures - but most of all, they're for staying off the roads!

As usual, this weekend in Montreal many roads will be closed throughout the city because of continued construction.

The Turcot Interchange is the main culprit here and will be closed again at some major entry points.

To make matters worse, a Sunday bike ride will see the Jacques Cartier Bridge closed as well, and work on an overpass in the West Island will see Highways 40 and 13 added to the list of driving frustrations.

The ramp from Highway 13 South towards Highway 40 East will also be off limits for the entire weekend.

On the eastbound side, the closure will be between Exit 4 and Nuns’ Island. Vehicles on the westbound side of Highway 10 will be forced off at Exit 2 from 10:00 P.M. Friday until Monday at 5:00 A.M.

The Grand défi Pierre Lavoie will bring thousands of cyclists across the Bridge on Sunday, forcing its complete closure from 2:30 P.M. to 3:30 P.M.

Motorists on the eastbound 138 will not be able to access the Montreal-bound Mercier Bridge overnight Friday into Saturday.

You can find more information on all the current road closures in Montreal right here.