The hospital needs to get their sh!t together.
Laura Hanrahan 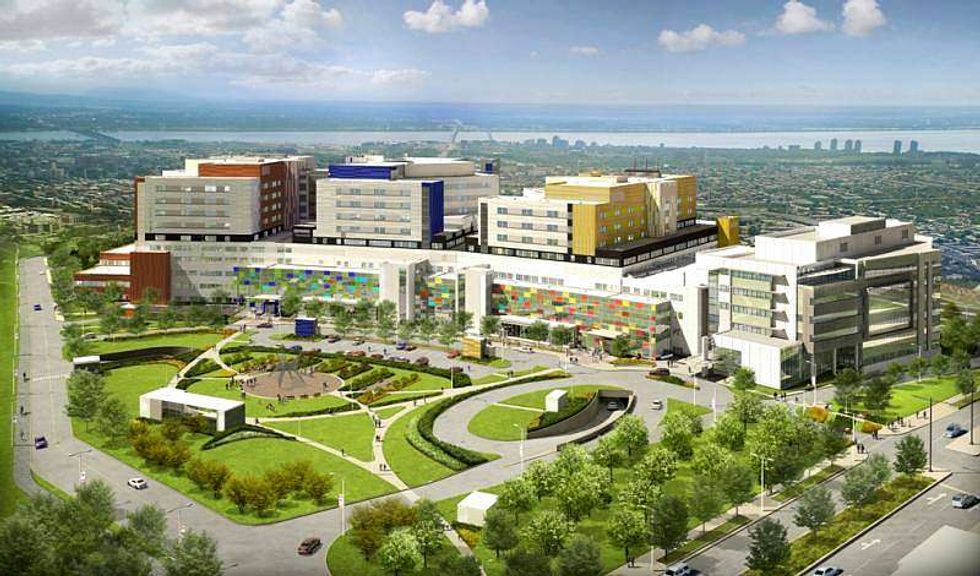 Turns out that the Montreal super hospital might not be so super after all. A five-year-old girl, Ella Arcuri, was sent home last week with a broken arm and no cast.

Ella broke her arm after she fell from the monkey bars while playing at the park. Her parents quickly took her to the hospital, where they waited 3 and a half hours to see a doctor. Finally, at 11 pm, a doctor confirmed the break, but told Ella's parents that the technicians had all gone home for the night, therefore there was no one to put a cast on her arm and that they would have to bring her back tomorrow.

A parental request and $30 later, Ella was given a temporary sling to put on her arm. According to her father, Jason Arcuri, Ella was in so much pain that she couldn't sleep that night.

Ella was taken back to MUHC the next day and after several hours of waiting, she was finally given a proper cast.

While we understand that there are much larger overall issues with hospital staffing, having no one on call that can put on a cast? That's just flat out ridiculous. You try telling a five-year-old to keep their arm completely still overnight. Hopefully this will spark some protocol reform at the MUHC, because if it keeps up like this, they won't be off to a good start.