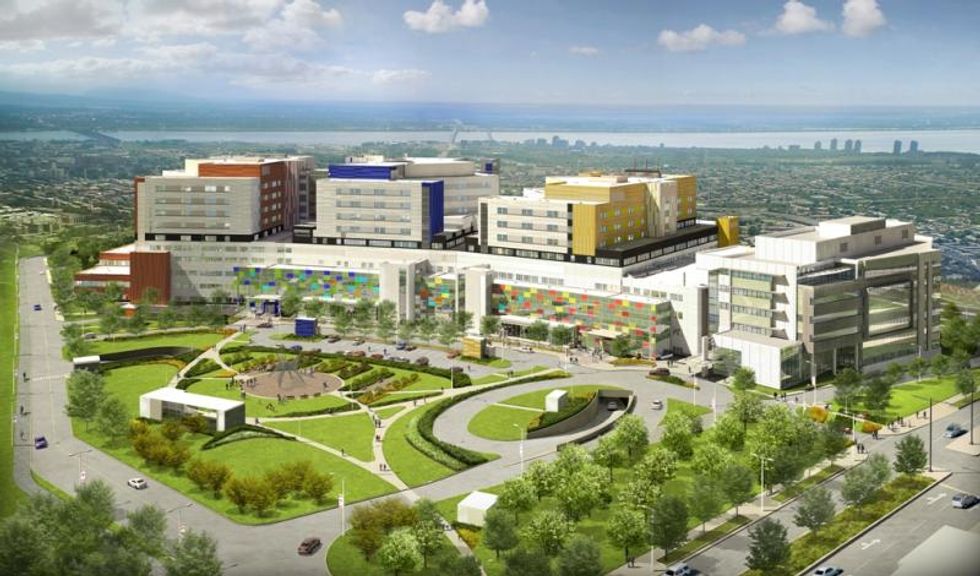 Ever since Montreal's "super hospital" opened, things have been seemingly anything but super. In fact, is seems like there's been nothing but a never-ending string of issues popping up, from staffing shortages to faulty wiring in operating rooms. Well now there's one more things to add to the list: black sewage water seeping out of floor drains and pooling in patient's rooms and staff bathrooms.

According to a report from The Gazette, an employee of the hospital said that there are floor drains in every room and many of them have begun overflowing with sewer water that smells "worse than rotten fish," which seems like a polite way of saying it smells like shit.

Right now the back-up problem is confined to just the Children's Hospital, but it's been happening as high as the 9th floor, which can't be good. For a hospital that cost $1.3 billion you would think they would have figured out something as essential as plumbing.

Apparently the MUHC has been trying to get SNC-Lavalin (the contractor in charge of maintenance of the hospital) to fix the problem, and has contacted them multiple times, but nothing has been done. Well, hopefully they fix it soon before it spreads because I would not be down to ever end up in a hospital room that comes with a decorative pool of feces.