Montreal To Get Its First-Ever "Arcade bar"?

You may never leave. 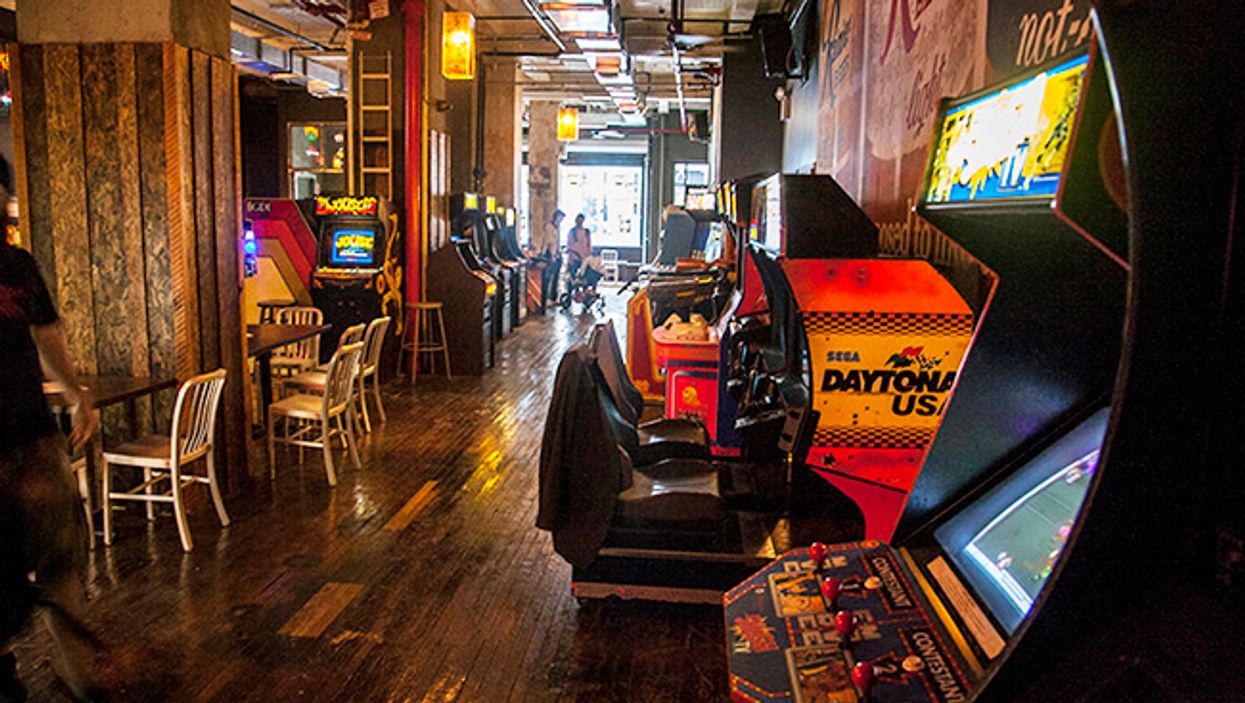 Whether it's retro arcades like Pac Man, Frogger, and Paper Boy, or classic console games like Super Mario Bros., Contra, Megaman, or the iconic Goldeneye, one thing is certain: they sure don't make them like they used to. Yes, the video games of today are spectacular, visually-stunning, life-altering virtual realities, but there was something just so utterly addictive about those repetitive 8-bit technological marvels.

Nowadays, Next-Gen consoles are blowing our minds with insane graphics and detailed story lines, but games today lack a certain simplicity that seemed to keep us coming back time and time again, even after we'd beat the hell out of them for like the gajillionth time. As fun as those games were though, like most things, we moved on, and they disappeared into the annals of our childhoods, or at the very least, into our parents' basements.

Some of you may remember a nifty little establishment of yore, called Crickets, a restaurant/bar that offered a stellar assortment of kick-ass arcade games for all to play, and even better, for free! Sadly, as the kids grew up, and classic arcades just didn't hold the same appeal as the emerging console gaming, Crickets closed its doors. But retro gaming is slowly making a comeback in Montreal, and Dominic Bourret, better known as Papa Cassette to his twitter followers, is leading the way.

After organizing many a fun night at Le Foonzo, a bar that offers some retro console gaming, Papa Cassette now hosts his own gaming nights every Thursday and really wants to open his own bar dedicated to proper arcade gaming. This is not an entirely novel concept, mind you, with places like Barcade in Brooklyn being wildly popular, but Bourret sees a niche for this in Montreal, and we are inclined to agree with him. Now unfortunately, according to Retrogamer.ca, there are no immediate plans to open this magical place until at least the end of 2015, but a spot that serves us beer while giving us a brief reminder of our care-free days taking on the Kong will definitely be a welcome addition to what is already a gaming capital city.

Are you looking for more? Click here for Montreal Is Opening An All-German Influenced Bar On Papineau Street In 2015 >