Every home will be getting their own bin.
Laura Hanrahan 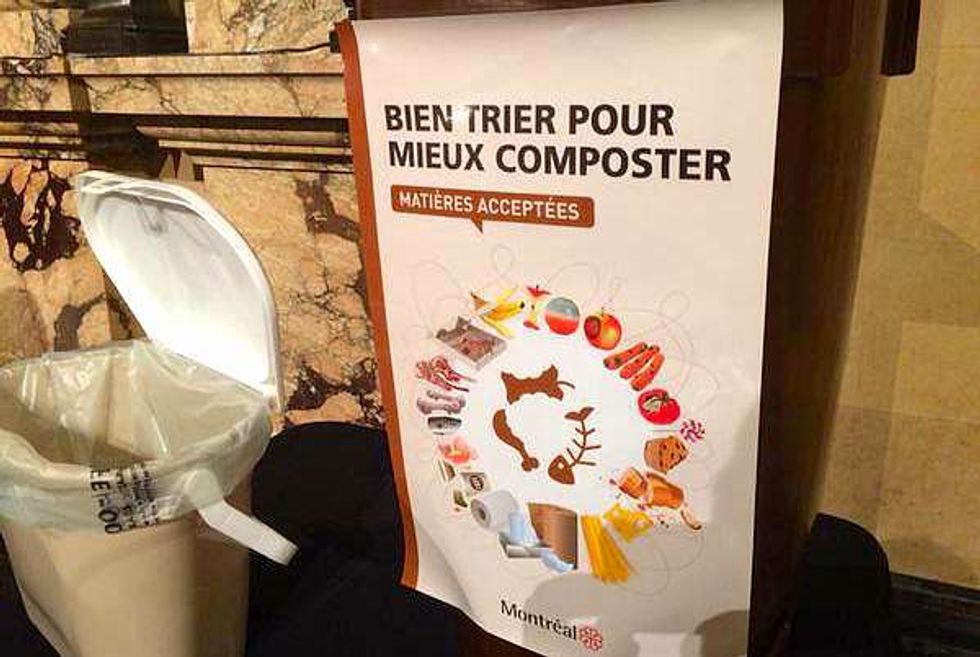 The city of Montreal is about to get a whole lot greener. Mayor Denis Coderre announced today that there's a new food waste collection strategy that's going to be implemented across Montreal by 2019, and it involved compost bins.

Bins will soon be distributed to Montrealers for food waste and the city will extend the collection of door-to-door food waste to every building with 8 units or less. Beginning in 2016, all districts of Montreal will gradually implement the new plan. In the 9 boroughs where waste collection is only once a week, a new collection will be added for just food waste, and in the other boroughs where it's twice a week, one of them will become a compost only collection.

The city is implementing this in hopes of reducing landfills and become a more responsible and sustainable city, which seems like a pretty noble goal. Now, before people freak out about having yet another bin to sort things into, yes at first this may seem like a huge inconvenience and completely unnecessary, but as someone from Ontario where it's been mandatory for years, the whole compost thing is really not that big of a deal. You quickly forget what it was like before your kitchen was equipped with a mini green bin. I will say though that the bins can get a little gross, especially in the summer, so get excited for that.