Montreal Will Unfortunately Not Be Getting Rid Of Its Caleches

Mayor Denis Coderre says they are not cruel.
Laura Hanrahan 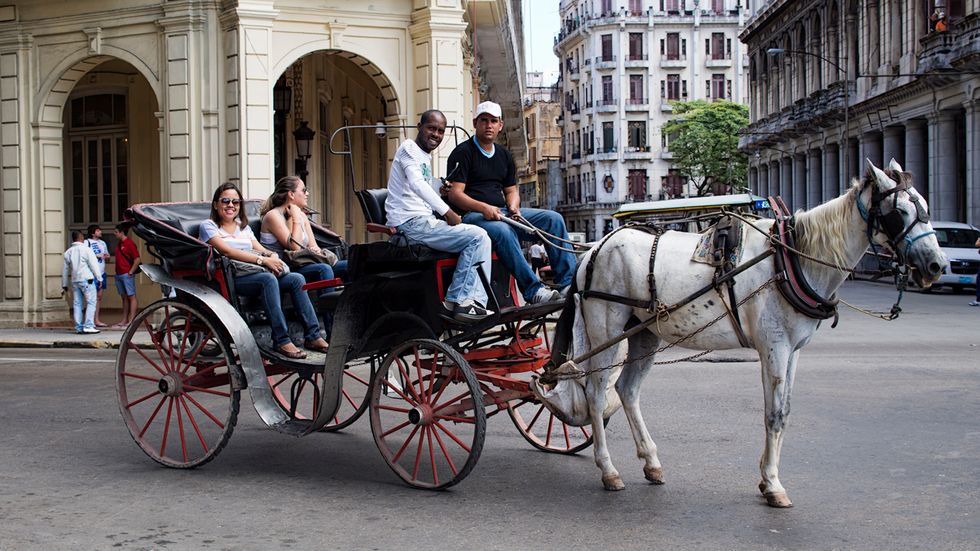 Mayor Denis Coderre has said in no uncertain terms that he wants to keep the caleches in Montreal, and now he's using the findings of the study he ordered on the health of 56 caleche horses to back himself up.

The report, which was requested after a caleche horse was spotted slipping and falling down when it was forced to walk across a metal construction sheet, concluded that the carriage industry does not go against the welfare of animals. The report is going to be made public, so I'm looking forward to seeing what exactly their standards were. Like were they the 1800's health standards? Because quite frankly that's where caleches should have stayed.

Yes, horses are strong work animals that are perfectly capable of pulling a few people in a carriage for a couple hours. But it's not the actual carriage pulling that's the issue, it's the situations that they do it in. The stressful, busy, car-ridden streets and extremely hot weather (which they still work in even though it's illegal) are no place for a horse. Not to mention the tiny stalls that they're kept in at night.

And I'm sorry but have you seen some of those drivers? You wouldn't trust them with your dog for 10 minutes, let alone a 1000 pound animal for life. Montreal needs to be picked up, kicking and screaming, and dragged into the 21st century.