Two vehicles were involved in the crash. 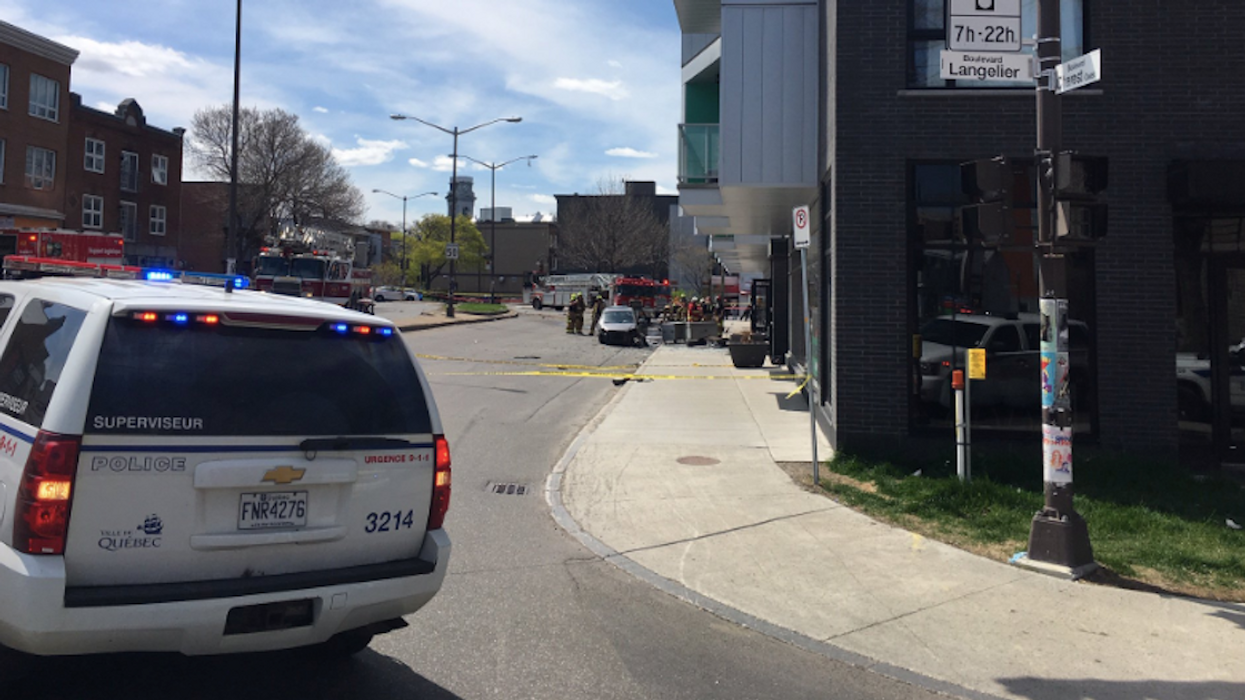 This afternoon, two cars were involved in a collision in Quebec City. One of the vehicles crashed into a building on the corner of Langelier Boulevard and Charest Boulevard, sparking a minor fire. Photos of the scene show the aftermath of the collision.

Twelve people were rushed to the hospital in the aftermath of the collision. Part of the street has been closed to traffic, and police are asking citizens to avoid the area.

There are no reports so far on what caused the accident. As of right now we are also unaware of the state of the victims of the crash who were taken to the hospital.

Police tweeted the message below about an hour ago, on Thursday, May 22 at 13:10.

The Tweet reads: "Intersection Charest Boulevard and Langelier | A vehicle has apparently run into a building and a fire has started. Traffic is being re-routed. Avoid the area."

The Quebec City Fire Department also tweeted out a warning:

The tweet above reads: "#FIRE | 2nd alarm | Intersection boul Langelier and boul Charest West | Vehicle accident followed by a fire | One vehicle is on fire and has spread to the building | More details to come."

READ ALSO: 200 Criminals Linked To Cartel Violence And Drug Trafficking Are Currently On The Loose In Quebec

Photos online show the extent of the damage the vehicle caused when it ran into the building. According to Global News, sources on the scene say that at least a dozen people were taken to the hospital.

The post above reads "Major accident on Charest boulevard at the Langelier intersection, a vehicle has crashed into a building, police and firemen on scene #rcqc"

It is unclear whether the drivers are amongst the victims taken to the hospital, and what caused the accident.

In the aftermath of the accident, the Charest Boulevard has been closed between Saint-Vallier Ouest street and the Langelier Boulevard.

The tweet above reads: "#ACCIDENT | Intersection boul Charest and Langelier | Complete closure of boul Charest West from Saint-Vallier and Langlier | Plan your trips accordingly and avoid this area."

Police are asking people to avoid the area. We will update this post if more information becomes available.

Read the full CTV News Montreal report of the accident on their page. | Le Soleil also covered the accident in French.