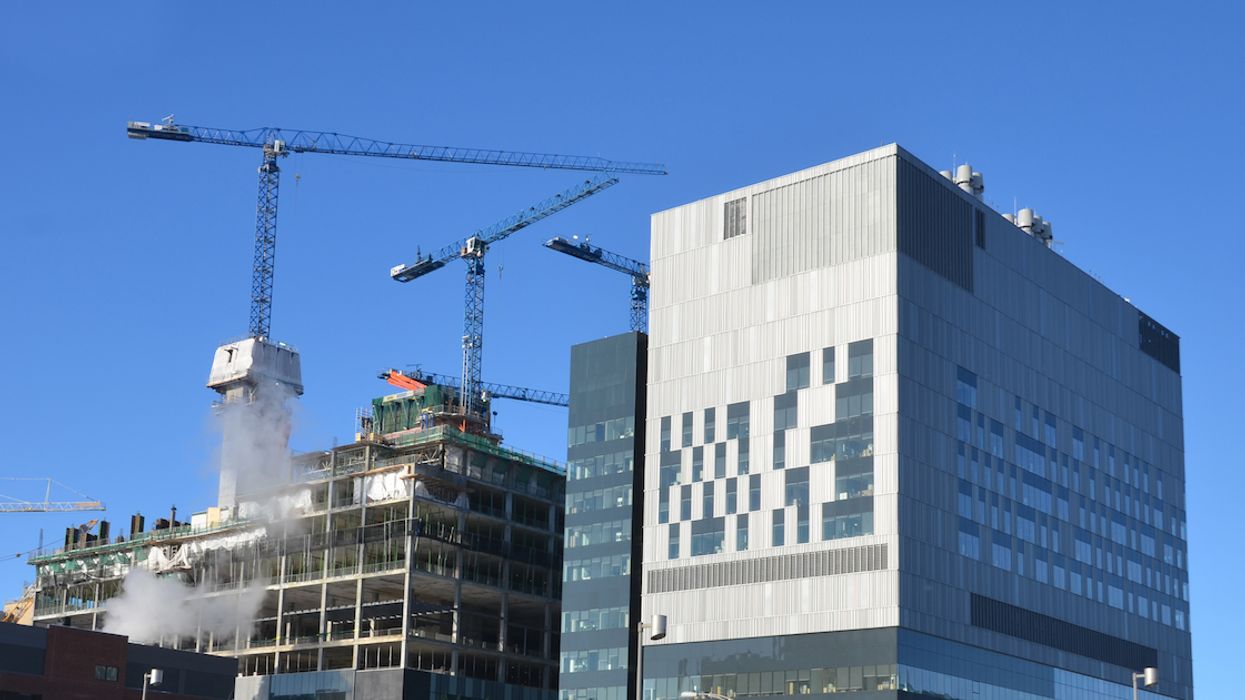 A crane working near the CHUM hospital accidentally smashed into one of the hospital's windows. Luckily, no one was injured, but it is not yet known what caused the crane operator to lose control of the vehicle.

Montreal construction workers often get flack for not working hard, efficiently, or safely. This latest incident is not going to improve that reputation.

CTV reports that these photos were captured by a woman who recently underwent heart surgery. You can find photos embedded in the Tweet below:

The woman told CTV that the incident took place on Friday morning while she was going to visit her doctor at the CHUM hospital.

At around 9 a.m. the crane swung and smashed into the twelfth-storey window, giving the woman quite a fright. The window was located in the hallway on the twelfth floor.

This is not the first time that we've seen weird incidents with cranes in Montreal. Last year, someone on reddit took a photo of a crane using a metal platform to lift up a small excavator to destroy the facade of a building.

We still don't know why the crane operator lost control. It is not clear at which CHUM building this took place. Construction on the new hospital largely concluded last year.

We will update this article with information as it becomes available.

In the meantime, you can find more information on the incident here.