Montrealers travelled over 10 million km on BIXIs this season. 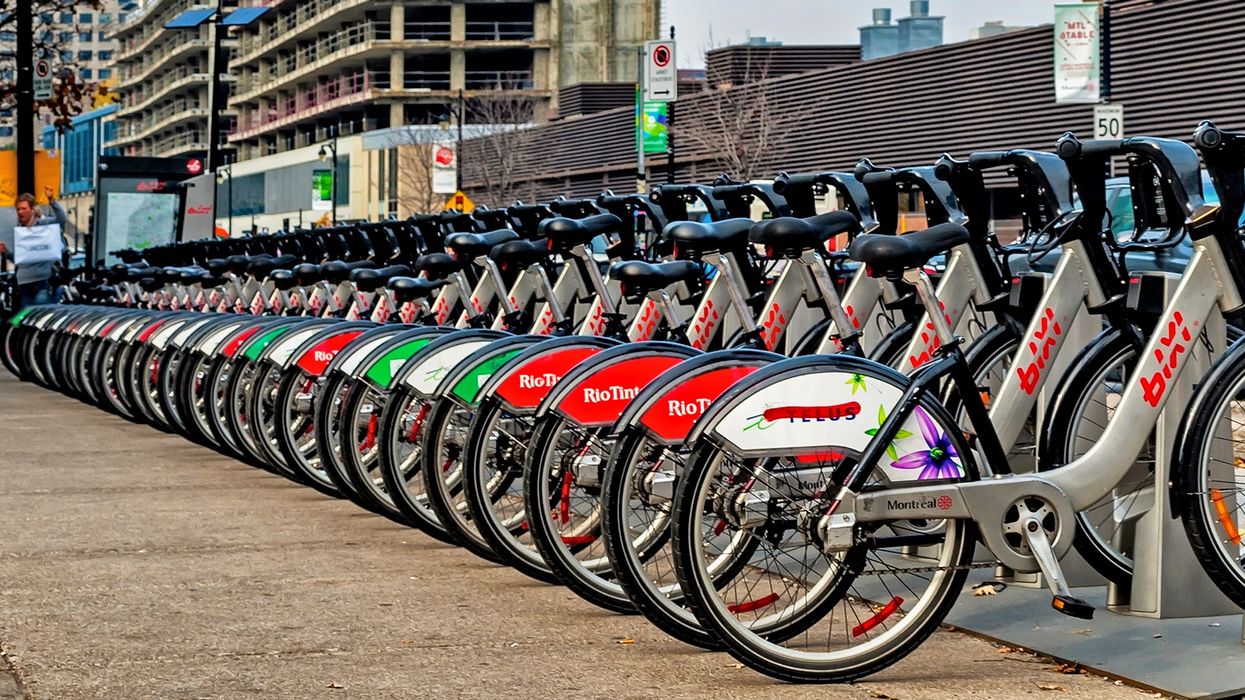 Compared to 2018, BIXI saw an 8% trip increase overall. In just five years, the company has seen an 80% increase in usage and a 309% increase in ridership. "Montrealers have shown their love for BIXI," said Mayor Valérie Plante. "The people's appetite for active transportation is undeniable and we're proud to work with BIXI to offer an efficient service that connects more boroughs."

A lot of this year's success can be attributed to the rise of e-bikes. BIXI introduced a range of e-bikes to its network this summer. They were so popular that according to their numbers, the average number of daily riders using e-bikes exceeded that of those using the classic silver BIXI.

Now that BIXI is clearly a vital part of Montreal's public transit network, the company has announced that it will continue to expand in the 2020 season. In 2019, BIXI added 60 stations, 1,000 bikes, and 2,625 docking terminals in 2019 with plenty more to come.

Mayor Plante also added that "to fight against climate change, we must change how we get around. Active transportation, like public transportation, is one of our core priorities."

"We know that BIXI will do well in the upcoming years and we will stand by its side to support its projects and ensure its success," she said in an official statement.

In 2020, BIXI will have new contracts with the Town of Mont-Royal and Laval. In 2019, the company expanded to include BIXI Lachine, Saint-Laurent, Montreal-Nord, Anjou, Saint-Léonard, and Pointe-aux-Trembles.

To thank users for a wildly successful season, BIXI is currently offering an early-bird one-year membership promotion throughout the month of November. Right now, annual subscriptions are only $84.

That's only $7/month for the 12-month membership.

"BIXI was an ambitious, visionary project whose value is demonstrated now more than ever by the fulfilment of its goals: both in terms of its great popularity and technological advancement," said BIXI Montreal's Board Chair.

READ ALSO: 5 Of The Worst Montreal Metro Shutdowns That A Millennial Can Remember

Montreal has over 850 kilometres of bike lanes and it's undeniable that a service like BIXI is absolutely essential to the city's transit network. Since its launch in 2009, BIXI riders have taken 43 million trips.

According to Montreal's Executive Committee member, Éric Alan Caldwell, "Over the last 15 years, the number of Montrealers who bike to work has increased by more than 70,000. BIXI's popularity has undoubtedly played a role in people's growing passion for cycling."

BIXI bikes have become a symbol of Montreal as ubiquitous as the Mount Royal Cross and Fairmount Bagels. With huge expansions planned in 2020, Montrealers across the island can expect to see more BIXIs than ever before.

Who's stoked about even more access to BIXIs across Montreal? I know I am!

Even though it might seem like a distant memory, we'll all be having a sweaty BIXI ride up Parc before we know it!