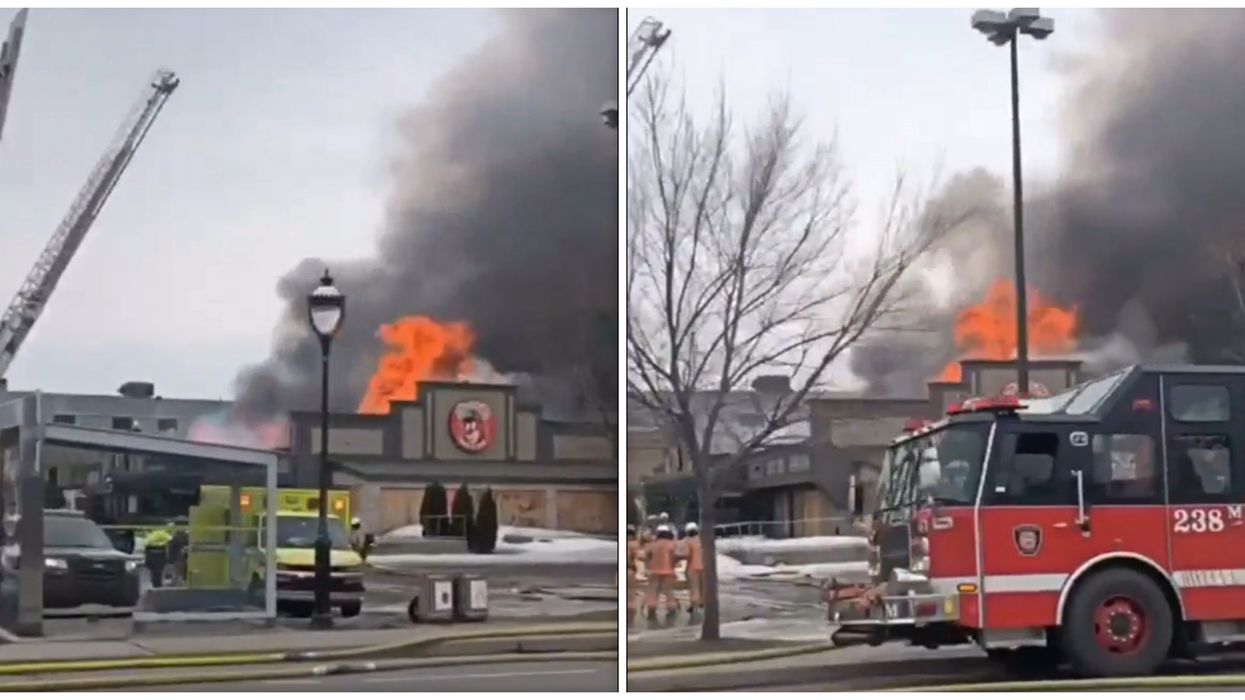 Teddy's Bar and Grill, a restaurant in Montreal's Pointe-Aux-Tremble, has been closed since the end of 2017 because of a fire that destroyed the establishment.

TL;DR Teddy's Bar and Grill caught on fire this afternoon in Montreal's Pointe-Aux-Trembles. No one was injured and the cause of the fire is still to be determined.

Updates: No one is reported as injured, and the cause of the fire is unclear.

Witnesses on the scene watched someone being taken by police, though there is still no confirmation that the fire is being considered arson at this point.

Much of Sherbrooke was closed off and the surrounding area was evacuated while the Fire team put out the flames.

The above videos were submitted to MTL Blog by witnesses on the scene.

We will update this space with any new information. More details about the first fire at Teddy's in 2017 below.

It is believed that the cause of the fire was criminal in origin, but no one was ever charged for the crime.

The restaurant is located in Montreal's Pointe-aux-Trembles, at 12 905 Sherbrooke East.

Since the initial fire, Teddy's bar and grill has remained closed.

The boarded-up establishment caught on fire again today around 1:30 p.m.

The fire attracted a lot of interest today because of the spectacular flames that burst from the buildings.

Part of Sherbrooke was closed while the fire was raging. It appears that the fire is now under control.