The more you know! 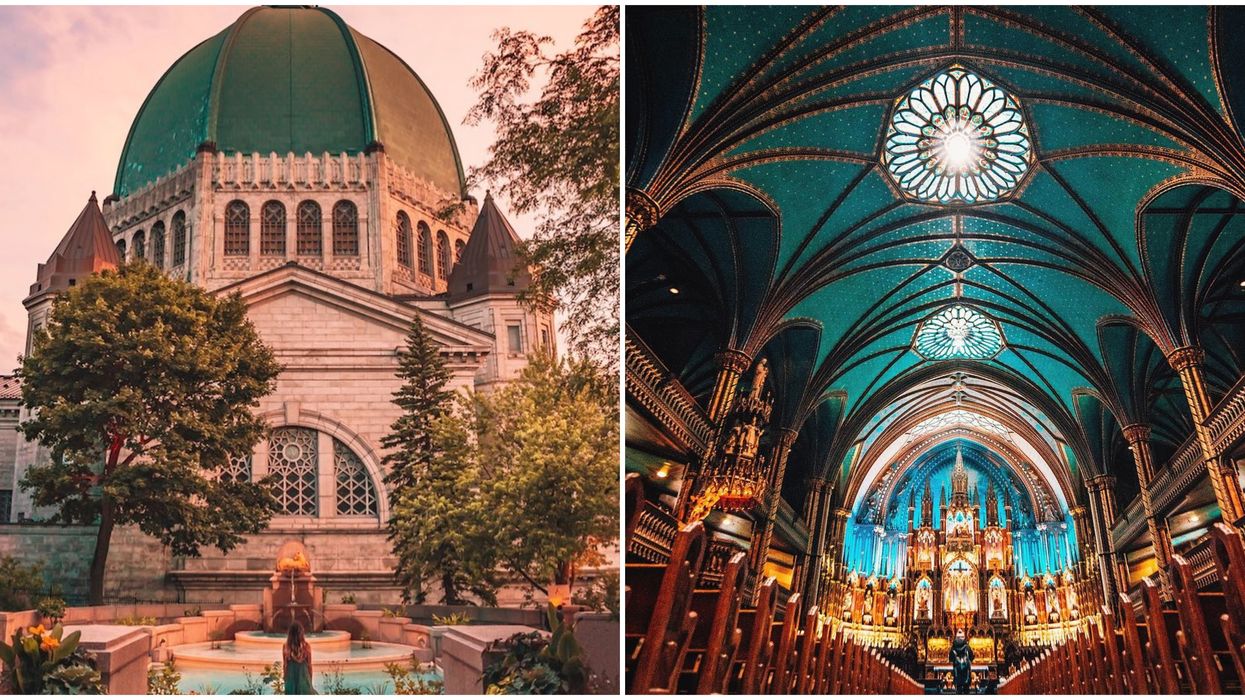 The history of a city is what continues to define it every day. As Montrealers, we're blessed to live in a city with such depth, but sometimes we forget to acknowledge all the things that surround us. Like buildings that we walk by every day that we know so little about. With this in mind, I decided to dig into the history of Montreal to find out more about some of the city's most iconic buildings.

This article will focus on four specific pieces of Montreal. Saint Joseph's Oratory, which millions of tourists from around the world flock to Montreal to get a glimpse of in person. The biosphere, a building that shows our city's commitment to the environment. The Notre Dame Basilica, which existed in our city before it was even known as Montreal. And, the Olympic Stadium, which shows Montreal's ability to constantly alter and better itself.

Taking the time to get to know your city a little better will help you appreciate it all the more. You'll be looking at these four buildings differently every time you walk by them after this article!

To start off, the Oratory is named after a man named Joseph who is believed to have been Jesus Christ's physical father and who was named a saint for this reason.

And the term "oratory" for Catholics signifies a place of worship that has been permitted for use by an "ordinary" — an authoritative figure in the Catholic community.

As for this specific oratory, the creation of its first version began in 1904, with funding that was given to Saint André, who continues to be looked at as a major religious figure in Quebec.

If you've ever been to a show at the Oratory, you know the greatness of the organ that sits within its walls. This massive instrument was built by a famous German organ builder by the name of Rudolf von Beckerath. It has over 5000 pipes and a total of 78 stops — quite impressive if you ask me!

According to the Canadian Encyclopedia, over two million people visit Saint Joseph's every year. And we can expect the number to stay that high for years and years to come.

Okay, so this one we don't exactly walk by on the daily unless you live or work near Jean-Drapeau station. But regardless, it's still something every Montreal local has seen at least a handful of times in their lives.

The Biosphere was originally created for Expo 67, as the United States Pavillion. Afterwards, the US decided to donate the dome to Montreal permanently.

During its baby years, it even had a monorail going through it.

In 1976, it faced a huge tragedy when the Biosphere caught fire as welding work went wrong.

The plans for the creation of Montreal's Biosphere's museum aspect began in 1990 and Environment Canada decided to get involved with the project.

In 1995, the official opening took place. Since then, every year, the Biosphere's programming is given a theme, and it was originally dedicated to the Great Lakes-St.Lawrence ecosystem.

When the terrible Montreal ice storm of 1998 happened, the Biosphere took a beating, forcing it to close for five months. Once it was back in action, it became turned into an Environment Museum that began providing many educational courses.

The Ecological Solar House was added to it in 2008 and four years later, the green wall was installed.

Today, there are many different immersive shows that take place here. You should check them out!

It's so easy to simply walk by the Notre Dame Basilica as you stroll through Old Montreal, but it's time to take a second to find out what exactly we're walking by.

When the Notre Dame Basilica first came to be in this city, it wasn't even known as Montreal yet. In 1657, the city was called Ville-Marie, and the Roman Catholic parish was founded here.

Originally a much smaller building, the Notre Dame Basilica we recognize today was built between 1824 and 1829 to accommodate the growing congregation.

The iconic twin towers were finally completed in 1843, with the intention of being visible from anywhere in the city. For over fifty years, Notre Dame Basilica was the largest church in all of North America.

Major events have taken place at the Basilica, such as Pierre-Elliot Trudeau's funeral in 2000 and Céline Dion's wedding with René Angélil in 1994.

At the end of the year 1969, Jean Drapeau, the mayor of Montreal at the time, announced that the city would be hosting the Olympic Games of 1976. After that, the creation of the Olympic Stadium was put in motion.

Two years before the Games were set to begin, there was a workers' strike that ended up setting the construction way behind schedule. But, all worked out and everything was ready by May 1976.

A year later, the Montreal Expos played their first game in the Olympic field. Afterwards, the entire Olympic Village started being used for multiple things.

In 1979, the Village became a residential area housing nearly 2000 people.

The Stadium eventually got a roof and tower added to it, which was the idea of the government of Quebec. This allowed for the Stadium to become an office space.

Twelve years ago, the Saputo Stadium was built on the site of the Olympic Parc, which has been the Montréal Impacts' home field ever since.

* This article has been updated.