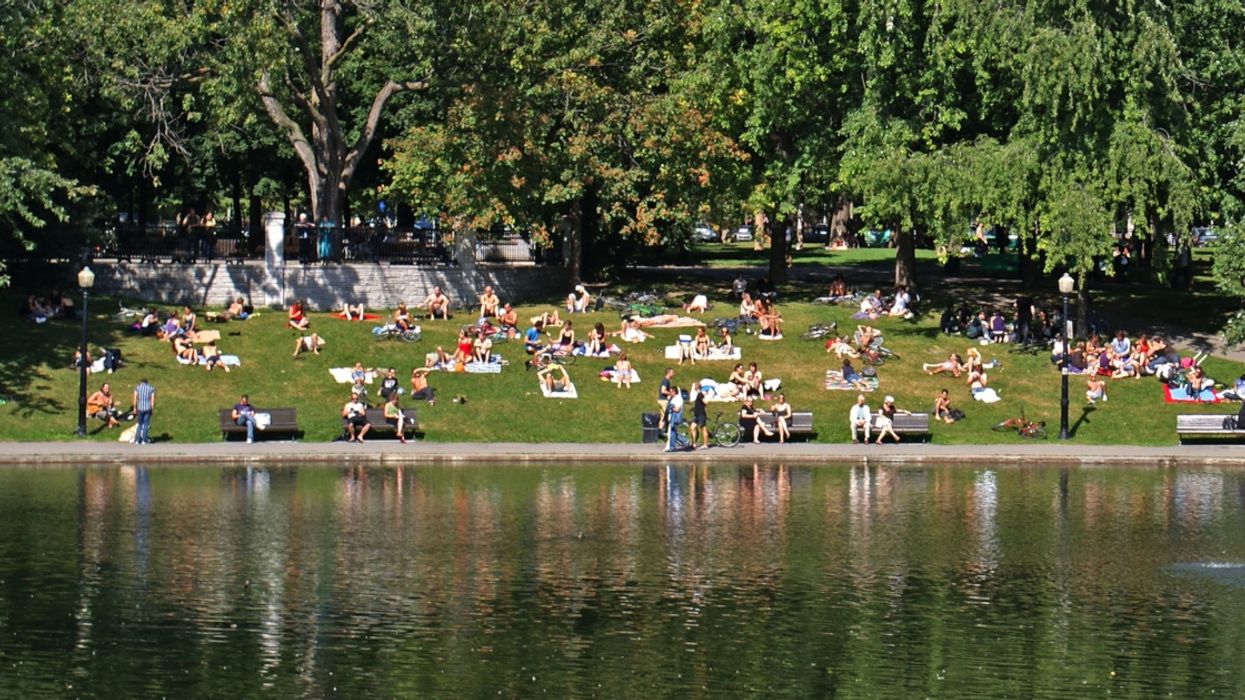 Okay apparently some of you guys were mad that we wrote this summer was going to be cold, and then hot this year as if 1) we have control over this stuff, 2) we make it up, or 3) the weather doesn't have the ability to change over time.

Well, luckily for us, the weather DOES have the ability to change and we DON'T make this stuff up, we almost entirely rely on The Weather Network and Environment Canada to deliver our weather posts to you.

We also, obviously, have zero control over the weather, because if it were up to us we'd have had Spring start when it was supposed to and by now we'd all be heading towards shorts and sundresses.

But unfortunately, we've been seeing a lot of "changeable" weather patterns here in eastern Canada, whereas western Canada has been facing out of control wildfires.

These patterns have lots of time to change as the season continues, and we are expected to see some seriously hot and humid conditions around August and September.

But, unfortunately for us right now, we're stuck with a relatively chilly Spring... though not for long!

Take a look at THAT forecast, Montreal! That is five straight days of 20°C temperatures and sunny skies. Finally!

While we've got to hold out for a couple more days, as it's only going to be 15°C this Tuesday and Wednesday, we'll soon be seeing those 20°C temperatures we've been waiting so long for.

So if you've been looking to hit up a terrasse after work, this week is definitely going to be a good week to do it. While we might get some rain on Sunday, it's only 40% POP, so we could get lucky.

And, actually, I went to see what Environment Canada had to say about this upcoming week... and according to them, it's going to be even nicer than The Weather Network has predicted!!

Environment Canada is expecting temperatures to get as high as 28°C by this weekend, and they also don't anticipate rain... so let's all thank the government for this awesome forecast.

So, yes, it's rather chilly out right now, and the next two days won't be much better, but before long we're going to be looking at real summer weather, Montreal.

The nights will still be cool, but leave that window open a crack, let the fresh air wash over you and before long, we'll be sitting around the park under the sun with 26°C and 28°C temperatures.