Plus 143 more deaths, but the majority aren't from the last 24 hours. 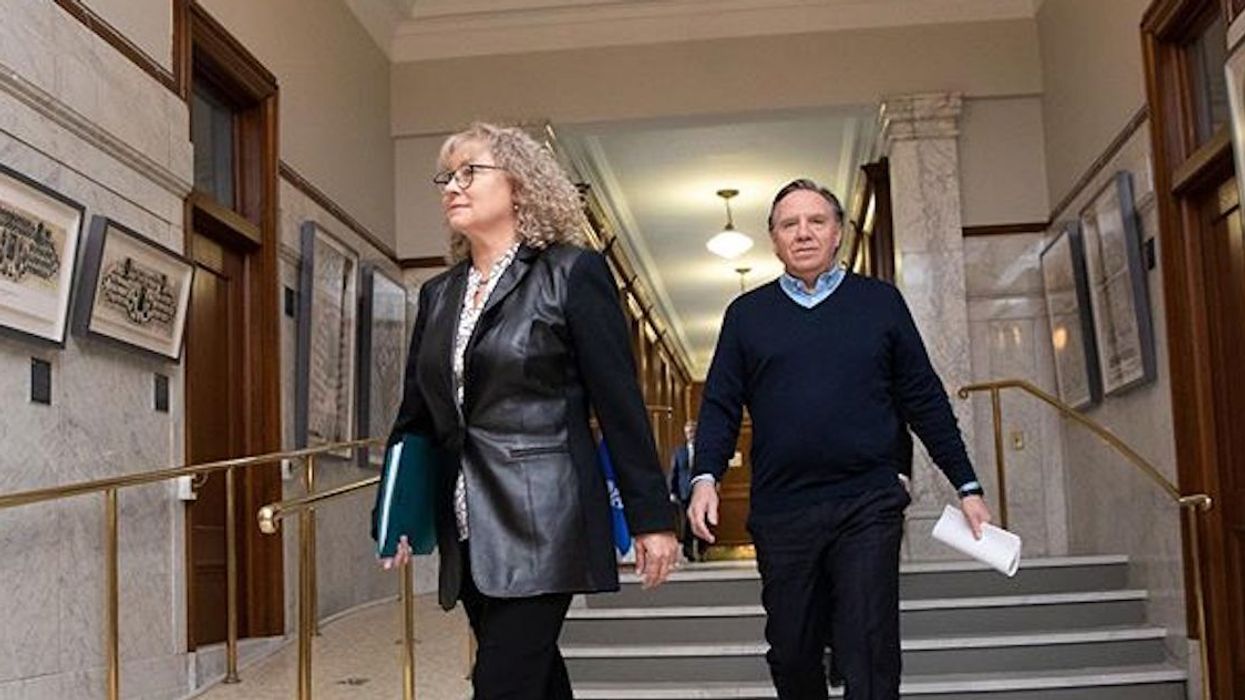 At his daily press update, Premier François Legault, accompanied by Health Minister Danielle McCann and Dr. Horacio Arruda, announced that there are now 15,857 confirmed COVID-19 cases in Quebec, an increase of 997. Another 143 confirmed deaths bring the total to 630. But he made clear that the majority of the 143 deaths did not occur in the last 24 hours.

"There was a change in public health's approach to data entry and then there was also a lot of epidemiological analysis that was done on patients who died within the last week," he explained.

There was yet another slight decrease in the number of intensive care patients.

The Premier explained that numbers are stabilizing in hospitals across the province.

After requesting earlier in the week that anyone with relevant medical training pitch in and help with the critical situation in senior residences, he confirmed that over 2,000 health care professionals answered the call.

On Thursday, Legault asked for even more help from graduating or recently graduated medical students from the province's universities.

He assured that those who applied to help out in CHSLDs will hear back in the next few days.

As the situation stabilizes in hospitals, Legault said his government is preparing its plan for "deconfinement" and the reopening of businesses.

He made clear, however, that the process would be "gradual."

More details will be out in the "next few days," but the Premier assured that "we start with the companies, we want to do it [...] in an intelligent way with all the rules that Dr. Arruda gives us."

On April 8, Legault suggested that any reopening plan would still include social distancing measures.

"When we reopen businesses, it will be very important to focus first on businesses where we are really able" to maintain a two-meter distance between individuals, he said.

"In fact, you have to get used to the two-metre rule in Quebec. That will take months."