"We are not ready to announce that schools will open in two weeks." 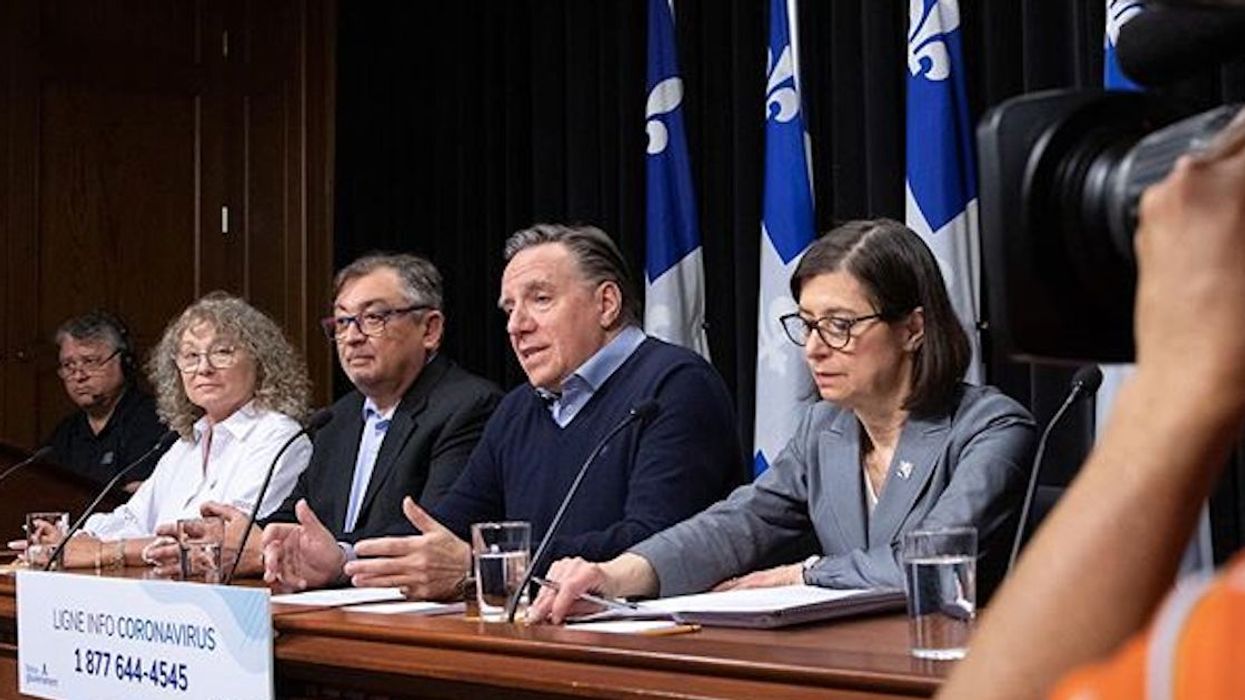 At his daily COVID-19 press briefing, Premier François Legault suggested that Quebec schools won't reopen on May 4. Officials were considering opening schools by then but the ongoing pandemic will prevent that from happening, as it will take at least two weeks for schools to prepare to resume classes after the government makes an official announcement. The Premier, however, didn't rule out starting classes before the end of the school year.

In response to a question from a reporter, he explained that "we think we need a couple of weeks of prep."

"Honestly, today we are not ready to announce that schools will open in two weeks. So, draw your conclusions."

"But there's no question of reopening schools in the short term," he concluded.

In Montreal, the English Montreal School Board's parents committee disagreed with the government's May 4 timeline and have requested that schools don't reopen until September.

As the situation continues to evolve in the province of Quebec, government officials are working toward a gradual resumption of normal activities.

Deconfinement has been a hot topic at recent press briefings. Dr. Horacio Arruda confirmed that experts are evaluating deconfinement scenarios but urged caution.

"We're in talks with experts who make scenarios, for the potential deconfinement," he said Monday.

"We have saved tens of thousands of lives with social distancing and confinement."

For now, it's a matter of wait-and-see for when deconfinement measures will begin.

Many of us, already in our sixth week of confinement, might be feeling a little stir-crazy and want to go outside to enjoy this bout of good weather. Legault is right there with you.

"There are some who are very tired of being at home, and I understand you," stated Legault.

"I suggest to you, everyone who is able to do it, to go outside today — it is good for morale," he encouraged.

"I understand you can't stay confined. The only thing you have to try to do is stay two metres from other people, then when you come in, you wash your hands."

Legault has previously stated that social distancing could last for months.

Some scientists estimate, however, that prolonged social distancing measures could be necessary until 2022.