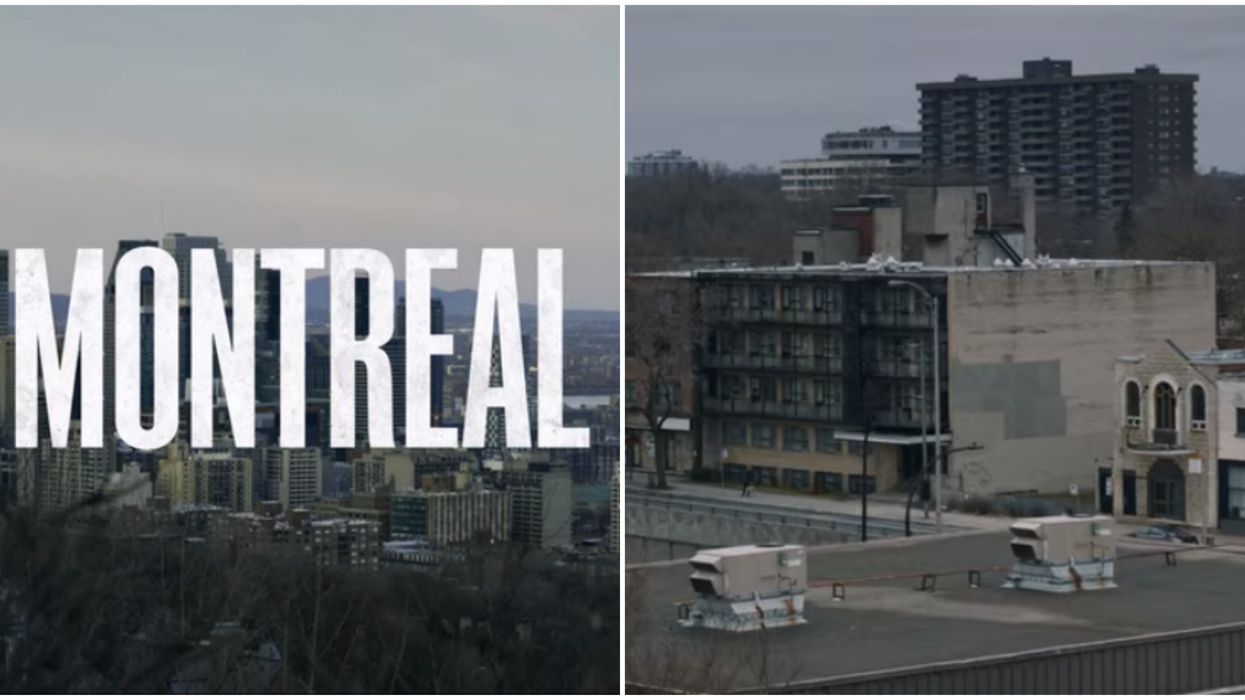 Netflix's newest docuseries is called "Don't F**k With Cats: Hunting An Internet Killer" and it centres around the infamous murder of Lin Jun by Canadian killer Luka Magnotta. The docuseries highlights the long vigilante Internet investigation that began when people online found a video of Magnotta killing two kittens by asphyxiating them in a vacuum-seal bag.

Canadian police from both Toronto and Montreal feature heavily in the docuseries, as well, with much of the second episode focusing on the investigation of Lin Jun's murder on rue Décarie in Montreal.

This docuseries discussed in this article is quite disturbing. While this article will not feature any graphic videos or photos, discussion of such a graphic topic may still be disturbing to some readers.

I was in high school, actually living in Etobicoke when the news of Lin Jun's murder broke to the public. I remember being devastated and horrified by the news and, because I've always had a weak stomach, I avoided most of the ensuing reports about Magnotta in the following weeks.

This docuseries hit home all over again as I sat on my couch in Côte-des-Neiges and watched video footage of Magnotta's old apartment building on Décarie and the Jean-Coutu on the corner of Queen Mary where he mailed packages containing Lin Jun's dismembered feet.

Of course, this documentary was likely even more outrageous, shocking, and disturbing to people who knew nothing about Magnotta and his history of violence against a slew of animals before he brutally murdered Concordia international student, Lin Jun.

I can say I knew nothing about the string of videos that Magnotta released, showing the murder of several cats, at the time of his investigation and subsequent arrest.

That's what made this docuseries so much more jaw-dropping, and even frustrating. In retrospect, there seems to be so much evidence, so much potential, to catch Magnotta before he had the chance to murder Lin Jun.

But, of course, hindsight is 20/20 and the reality is that the internet really does continue to be the wild west, where without the location of a crime or criminal, police are hard-pressed to do anything substantial.

In the documentary, many of the self-proclaimed "internet-nerds" began investigating Magnotta in late 2010, upon fiding the video "1 boy, 2 kittens."

In the second episode, this group then expressed their frustration at the news that, by 2012, Magnotta had inevitably managed to murder someone.

At around the 17-minute mark in the second episode, group members are quoted as saying:

We reached out to the SPVM to get their response on these claims. While they would not comment on the specific comments, they did take the time to clarify that only the field investigation, which began upon the discovery of the suitcase outside Magnotta's apartment, was under SPVM jurisdiction.

The Internet investigators expressed frustration after the murder, as well, when they attempted to share their cache of information with the SPVM and were initially met with silence.

"We had all this information to give [the Montreal police department] but they were not responding to us at all," Deanna Thompson explains in Episode 2.

Later, after Magnotta is named by the SPVM as the suspect of Lin Jun's murder, an SPVM investigator eventually contacts the private vigilante internet group to ask if they can join and have access to the information the group had been acquiring for months.

This docuseries paints a terrifying picture of a killer's seemingly inevitable path to murder. It's impossible not to share the feeling of frustration with the vigilante investigators when it seems like all the information was there and Toronto Police already knew about Magnotta's violent past.

Still, as mentioned above, the Internet is a wild and wicked place that allows criminals of all kinds to hide behind the mask of anonymity and the curtain of undetectability.

And the Internet investigators may have helped with locating Magnotta, but they did their fair share of harm, too. An early guess of the kitten killer's identity was wrong and caused the accused to commit suicide due to the barrage of online threats.

this woman at the end of don’t fuck with cats really pointed at the screen, and said maybe it’s time to power down… https://t.co/qaUdzYZjD9
— andriana (@andriana)1576777623.0

This is addressed by the vigilantes in the docuseries, particularly at the end, when Thompson breaks the fourth wall and addresses the audience, implying that simply by watching the docuseries, we are all giving Magnotta the exact attention he so desperately craved.

To end this article on a positive note, perhaps one of the best parts of the docuseries is when one of the Internet vigilantes, John Green, mispronounces my hometown of Etobicoke.

I don't blame him, she ain't phonetic, that's for sure.

Loving everything about the Netflix doc “Don’t F**K With Cats” except for how this guy pronounces Etobicoke. https://t.co/7WQAzxSAnv
— Michael Traikos (@Michael Traikos)1576706713.0

Fav part of Don’t F**k With Cats the Luka Magnotta doc on Netflix was when the lady from Las Vegas referred to… https://t.co/mf28KwqViA
— Pete Zedlacher (@Pete Zedlacher)1576759370.0

The whole docuseries is quite a ride — an uncomfortable one at that. It's hard to know if there is a lesson to be learned here and if so, what it is.

What we can do is come together to celebrate the life of Lin Jun and grieve the violence he was subject to.

As Lin Jun's friend says in the series, "the really sad thing is everybody is talking about Luka Magnotta. Nobody has ever remembered Jun Lin. It doesn't seem fair at all to my friend. He doesn't deserve that."

You can watch the three-part docuseries on Netflix here.