Studio-coiffure Perron+Aitken is one of the few salons in the city that has a non-binary price list. 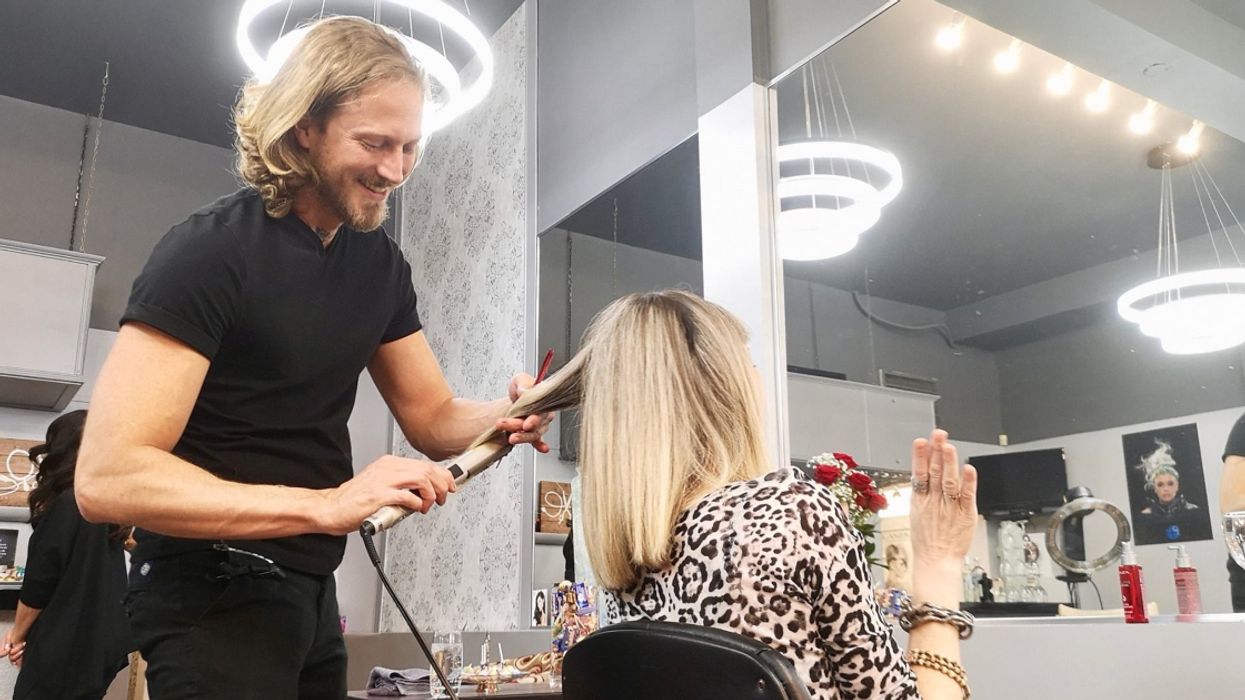 Long-held conventions dictate that gender binaries exist in almost every aspect of life. For example, we've all heard of the pink tax or the prevalence of those often hilarious "manly" products.

The team at Studio-Coiffure Perron+Aitken identified those issues and found that they have some misgivings about assigning gender to someone based on their haircut. So, they totally revamped how to think about the business!

For salon owner and stylist Joshua Belair, something had to change about the salon's price list to better reflect its inclusive and multi-diverse philosophy.

Belair, the hairstylist to many of Montreal's top drag queens, wanted his salon to be a better reflection of the city's unique and diverse community. He's been working at the salon for 14 years and has been the owner for the past two years.

"It's been a few years that we've been seeing a multi-diverse clientele. We have a lot of different people, different genders, and different hairstyles that people are looking for," says Belair.

In fact, Belair's salon used to be just like any other and had a price list based on gender.

"Having a price list that was based on a "men's cut" or "woman's cut", we found that a lot of our clients don't always fit into those binaries. So, we decided to figure out a way to include everyone without 'gendering' it."

"Like, if a woman wanted a short haircut, we found it awkward to say that she would be charged a "men's haircut"," says Belair.

READ ALSO: We Spoke With Vintage Frames CEO Corey Shapiro About The Empire He Built Out Of Montreal

No matter what gender you are, haircuts ought to be priced according to time and involvement according to what style you want. It seems unfair that a man can walk into a salon with long hair and pay less because he's a man, right?

Taking gender completely out of the price equation allows for a more streamlined and fair price range, according to Belair.

"We wanted to make sure that everyone has a fair price, based on length of hair and the time that it takes us to create. In the past, a man would call and we set 30 minutes for his haircut but then he'd show up and have hair to the middle of his back and our schedules would be all mixed up."

For Belair, public life is more expressive than ever and long-held gender biases are eroding more and more.

"I think with that today's fashion trends, there are a lot of different hairstyles. Hair doesn't really have gender in particular and people want to represent their authenticity right now."

Belair knows better than most how much power and agency that a person can claim by being their true authentic self. Coming from a small town in the régions, Belair embraced Montreal's avant-garde cultural community as soon as he arrived.

He discovered the drag community early in his career and was enthralled by the creativity and charisma of Montreal's drag queens. After styling his first wigs, Belair quickly became the go-to hairstylist for many of Montreal's top drag queens including Mado, Dream, and Darleen Deer.

"I have an avant-garde side to me when it comes to hair and there are a lot of different styles that I can't do for clients in the salon!" says Belair. "I started going to Mado to get to know the drag queens."

"I think it was a really nice thing to bring to the salon and I believe it binds us more to the community. Drag queens honestly bring so much joy to my life and I love them!"

For Belair, his salon's gender-neutral price list goes beyond how much a haircut costs. According to Belair, it's crucial for his salon to accommodate and include everyone regardless of their gender identity.

"Because we're located in the village, we have a lot of multi-diverse genders, including non-binary people. It's unfair to put a gender on them based on their haircut," says Belair.

Often times, Belair says that gendering someone's haircut can lead to awkward misunderstandings and can even insult or disrespect someone.

"Like, telling a transgender person at the beginning of their transition that "you'll be getting a men's haircut because you have short hair but we'll charge you for a woman's once it grows out" is like disrespecting their identity," he says.

Rather than gender, the price list is based according to hair length and the time it takes.

At the salon, Belair and his team make every effort to not only give you the best haircut but also to ensure you're totally comfortable being your authentic self while there. It's part of their philosophy, after all.

"Our team built up and many of our stylists have been here for a decade. For a studio salon in Montreal, I really believe we have our own signature image and philosophy."

"I think that having a gender-neutral price list brings into perspective our philosophy of educating people and making sure that everyone is equal," says Belair.

To book an appointment with Studio-Coiffure Perron+Aitken, please visit the official website!