If you know this man, contact your local PDQ. 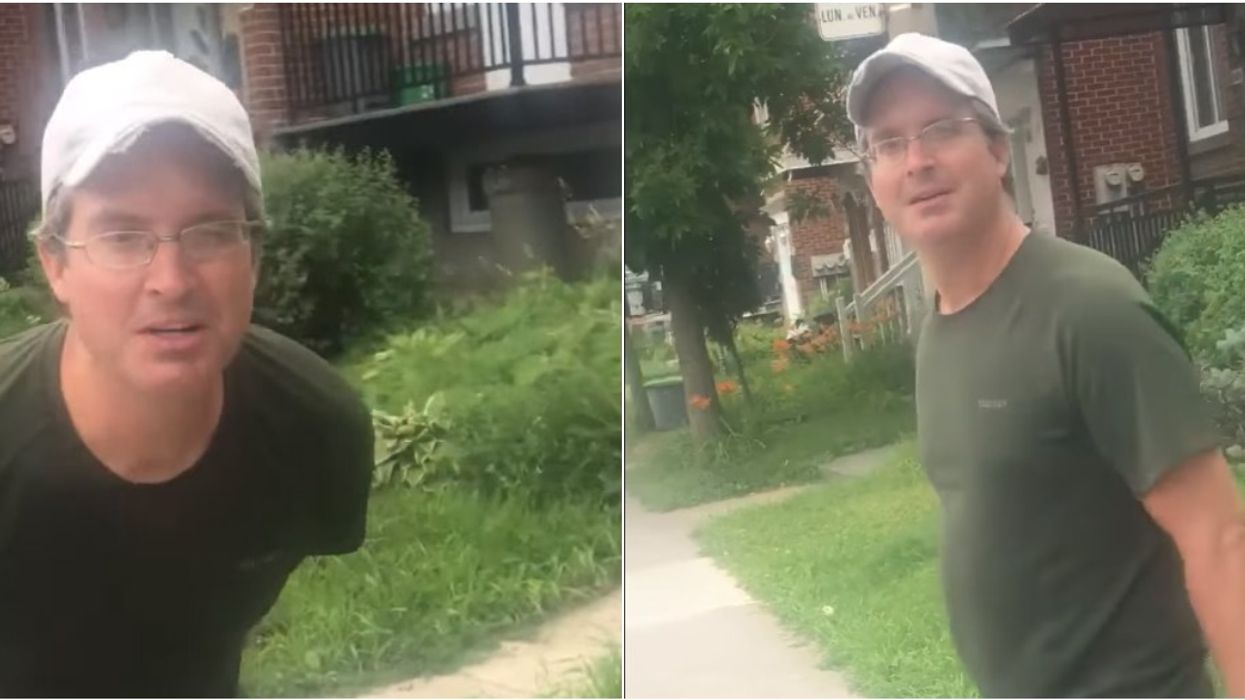 The Montreal police have asked those that may also have been victims of the man shown in the photos above, or know his identity, to step forward.

The police launched an investigation into the man when a video surfaced of him verbally assaulting a Montreal family on Blvd. St-Laurent in the Ahuntsic-Cartierville borough.

The video was met with disbelief and anger as the man went on a tirade after allegedly hearing the two women speaking Arabic. The story goes from appalling to absolutely chilling when the man leans down to the four-year-old child with them and yells, "Ask your mother if I can f*** her!"

To see the full video, click here. We should warn you it's graphic.

While the police still search for the man in question they ask the public to let them know if you recognize him or have been a previously been harassed by him.

Translation: This investigation is still in progress. If you have been a victim of this man or you recognize him, we invite you to visit your PDQ or contact Info-Crime Montreal (anonymous and confidential). Thank you for your help with this file.

If you know him and want to make a statement you can go in person to your nearest police station or via their contact form directly on Info-Crime Montreal website.

If you would rather remain anonymous, the police iterate that all communication via Info-Crime Montreal is confidential.

Hopefully, this latest effort on behalf of the STM will lead to the identification of the assailant.

To file a report, visit Info Crime Montreal or the nearest PDQ.