Montreal School Evacuated Early This Morning Due To Bomb Threat

All students of Felix-Leclerc Secondary School have now returned safely to class. 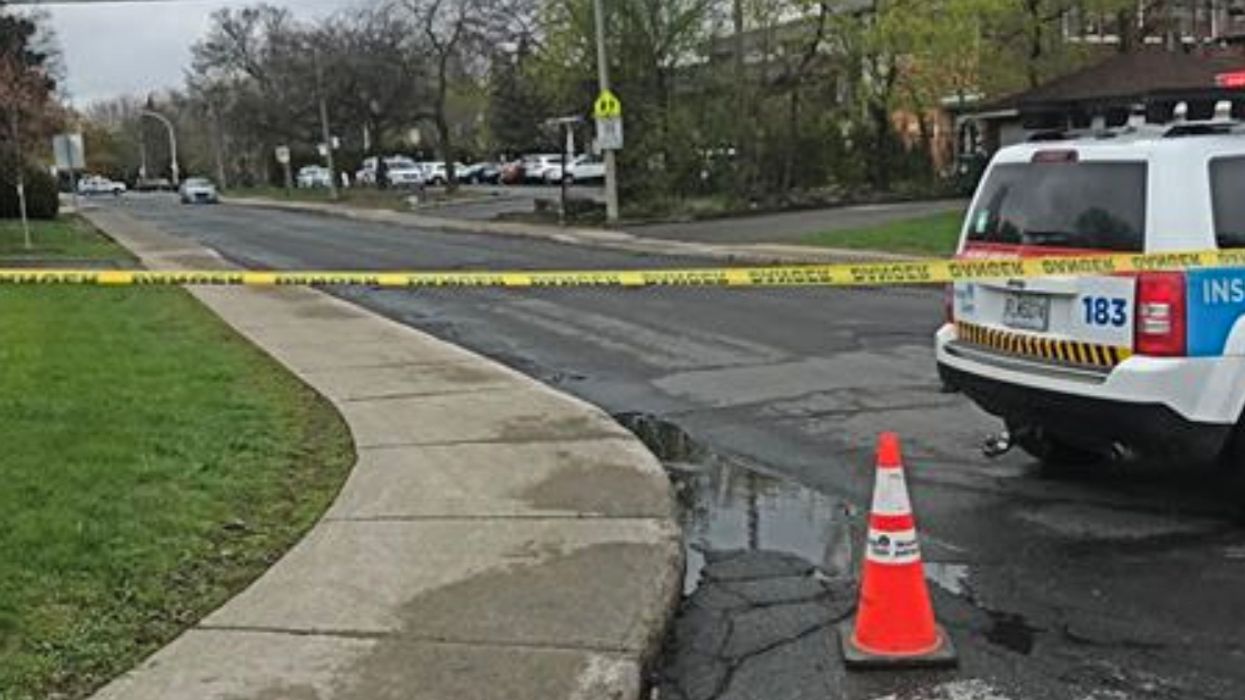 According to several students who reached out to MTL Blog, Felix-Leclerc Secondary School is was evacuated early this morning due to graffiti that implied a possible bomb threat.

The school is located on Inglewood Avenue in Pointe-Claire, just west of Montreal's Pierre Elliot Trudeau airport. Students were evacuated around 9:20 AM and were let back into the building around 11 AM.

We have reached out to the SPVM for more details and will update this space if and when they respond.

However, we were able to reach a spokesperson at Marguerite-Bourgeoys School Board who was able to confirm the details of the evacuation and the safety of all the students.

These photos were taken around 10 AM this morning, outside Felix-Leclerc Secondary School, showing students who had been evacuated.

It seems the evacuation lasted around an hour and a half and was enacted after graffiti on a wall said: "Bombe 10:45."

The threat was evidently a false alarm and all students have now been escorted safely back into the secondary school.

The tweet above was sent out by the same account as above, though MTL Blog also received a separate message from another student that seemed to also imply the evacuation was in some way related to a bomb threat.

The SPVM has still not returned our call for details, however, the spokesperson from the school board was able to confirm that the evacuation occurred.

A third source sent the photo above along with our cover image as he waited for news from his sister who had been evacuated.

The graffiti that was spraypainted onto a window of the school attempted to threaten those in the school with a bomb at 10:45 this morning. We can all be grateful that this threat has turned out to be a false alarm and that students and faculty have returned to their daily schedule safely.

This instance inevitably raises questions about how schools can mitigate these types of threats, and what the impact is on students and faculty alike. How do we move forward as a society that is used to these kinds of threats, when students who are too young to understand the full implication decide to play a prank to get out of a test?

This is, of course, a hypothetical question. We have zero details about the person who wrote the threatening graffiti or what their motivation for doing so was. I just can't help but wonder where we go from here.

If the SPVM or any other involved parties reach out with a comment we will be sure to add any more pertinent details to this space.