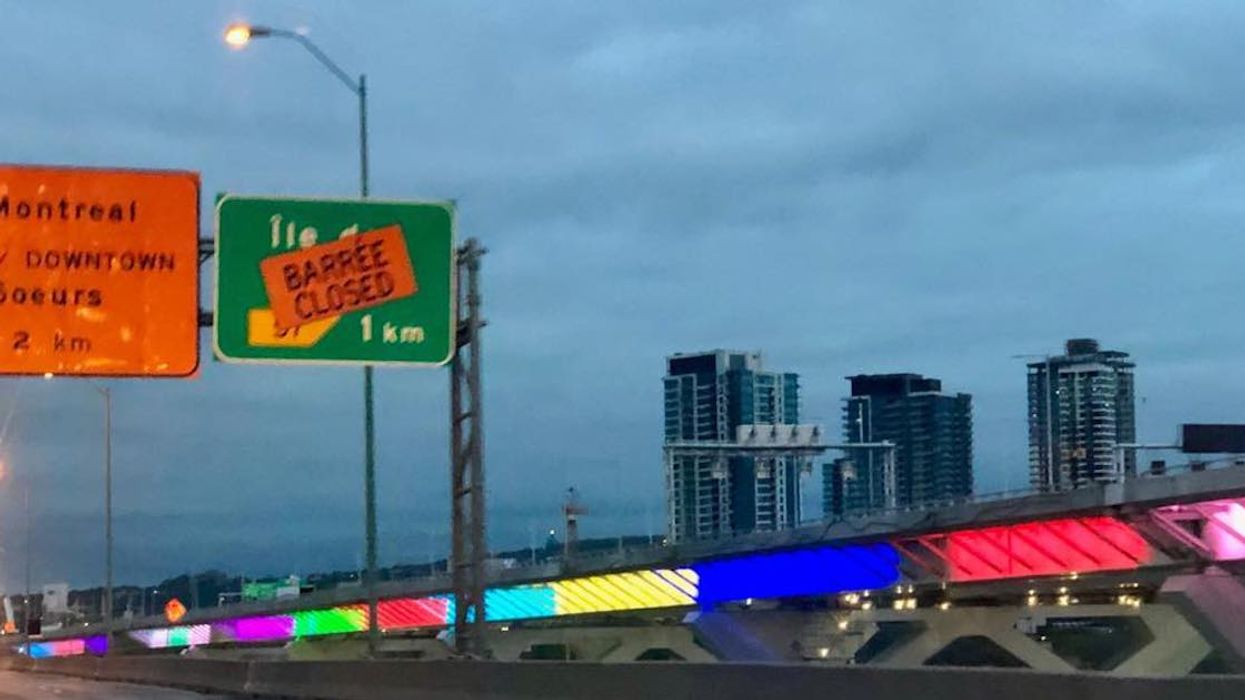 The new Samuel-de-Champlain bridge, which has been under construction for a little over three years, has recently opened to traffic.

The lights are a distant cousin of the Jacques-Cartier's bridge light show. However, many are critiquing the "tacky" or "cheap" look of the spotlights on this bridge.

According to TVA Nouvelles, there are 7,500 light fixtures under the bridge which can be programmed to display different colours.

You can see a video of the new lights being tested below. The video was taken late on Tuesday night.

READ ALSO: The Most Hilarious Reactions To The New "Pokemon Sleep" Game

The comments on the post are hilarious. One person commented, "I hope they keep it classy like Jaques Cartier ... nothing worse than architectural masterpieces lit up like a Laval Jacuzzi."

Of course, the obligatory Rainbow Road comments were made. "Cant wait to see people falling of it!" said one person, "Haha goddam rainbow road."

Of course, people are talking about how this seems like a waste of money. Valid points were made about the expenses related to replacing and maintaining the expensive bulbs.

One person on reddit said "So wait. Pot holes don't get fixed but we got a mf RGB bridge? Aight. I'm cool with that, just as long as the lights shine up through the potholes."

The main takeaway is that the bridge is beautifully designed, and people are afraid that rainbow-coloured lights will make it look tacky and ruin its aesthetic.

Read more about the bridge's lights and when it will be opening at TVA's website.