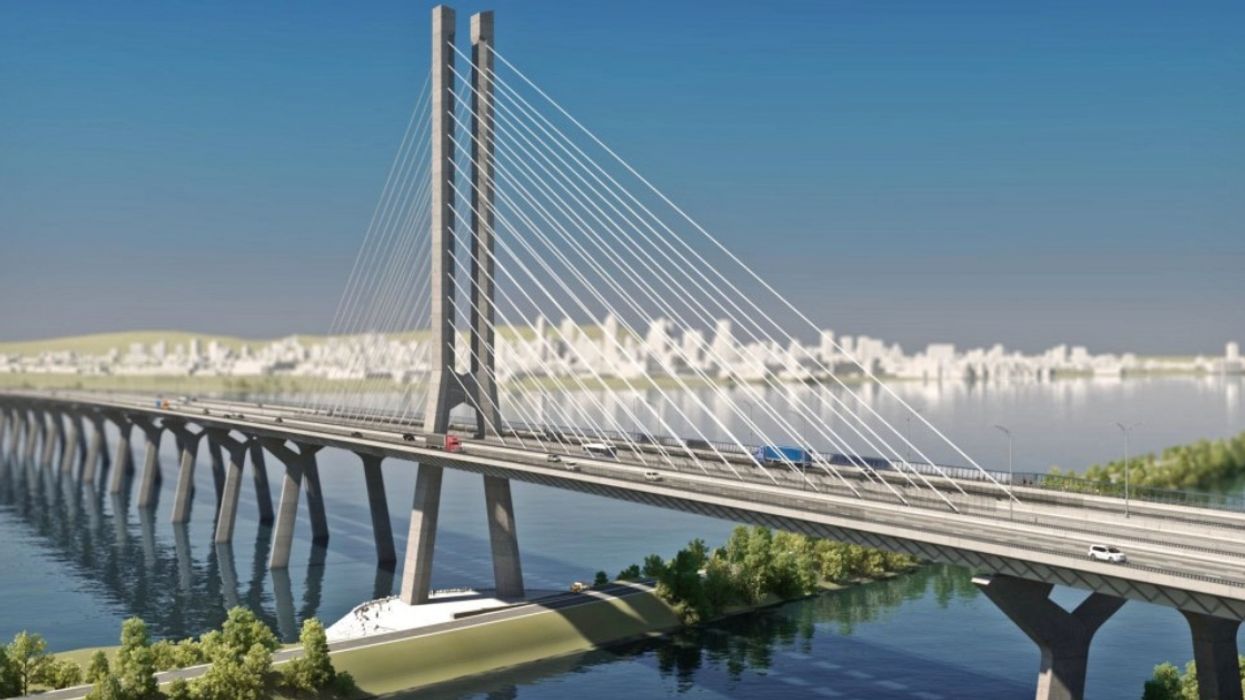 This is such a classic Montreal story, so strap yourself in and get ready to laugh. You can cry if you want to, we won't judge.

According to the Journal de Montreal, the Champlain Bridge is set to reopen on June 3rd... but only on one side.

Signature sur le Saint-Laurent (SSL), the company responsible for building the bridge, announced that the north direction into Montreal will be open for traffic starting June 3rd but the south direction into Brossard will be open June 17th. The Federal government collectively rolled their eyes and did not confirm these dates, instead, they say that late-June is when the bridge will be open.

While South Shore residents are happy that they will be able to more easily get into Montreal, they'll have to resort to the old bridges to get back home at the end of the day.

READ ALSO: Protests In Montreal Will Completely Shut Down The City This Friday

TL;DR  The company responsible for building the Champlain Bridge announced that one side of the bridge will be open on June 3rd but the other side will have to wait two or three weeks. Canada's Federal government has not confirmed these dates, skeptical that the bridge will be ready by that time.

Based on the provided timeline, the north side will be open to traffic on June 3rd. Two weeks later, the south side will open.

Many critics from the Federal government and social media were quick to point out that the opening has already been delayed once before.

In December, officials claimed that the bridge would be open in time for Christmas but of course, the opening was pushed back. Apparently, planners had not accounted for early snowfall before paving the structure. Classic!

The new bridge is expected to provide service to over 50 million drivers a year, making it one of the busiest bridges in Canada. The bridge is estimated to have a lifespan of 125 years.

While these dates are not set in stone, the bridge will definitely be open no later than this June, no matter what. If SSL and Infrastructure Canada delay the opening past June, the company will be penalized $100,000 per day for the first week of delays.

After the first week, they will be penalized $400,000 a day, capped at $150-million. That's definitely one way to get a construction company to finish on time!

Should the bridge open on June 3rd, South Shore residents will have a brand-new easy way of getting into town.