Limited, guided bus tours of the old bridge are taking place this fall. 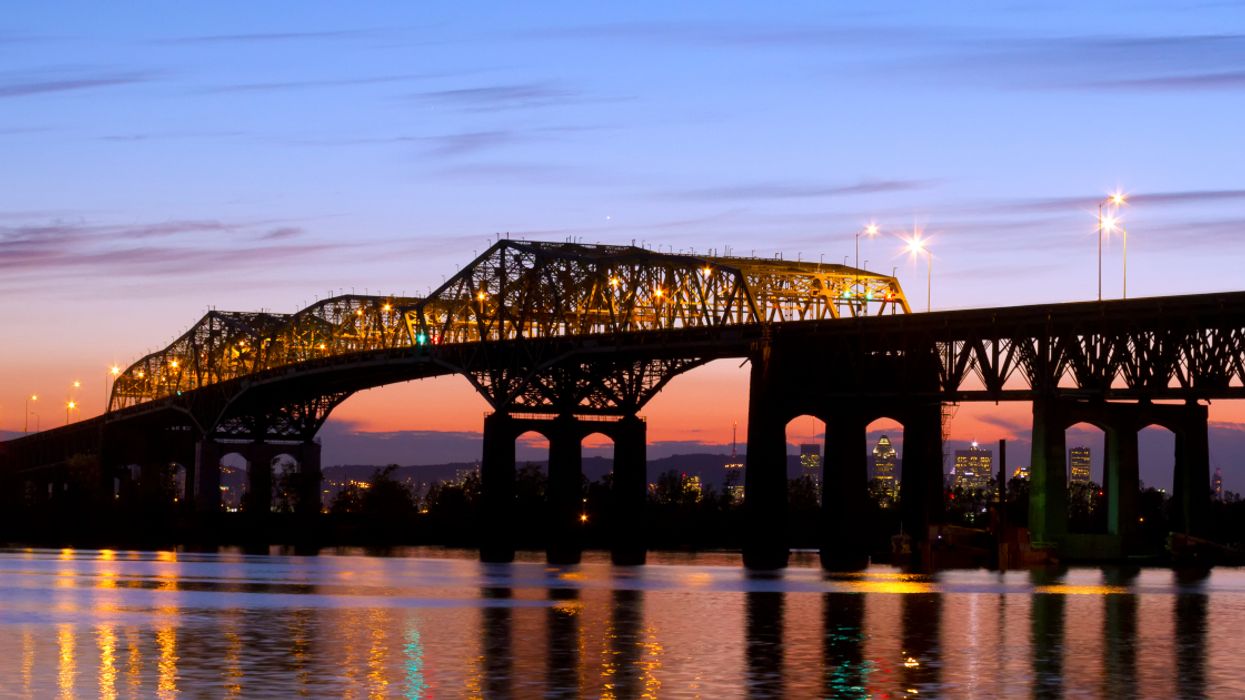 Over two weekends in November, potential visitors can embark on one of ten separate tours. The tour starts in Verdun and includes a trip to two previously inaccessible places on the bridge for a photo-op. Bridge enthusiasts will learn about the history of the Old Champlain Bridge in its "historical and geographical context." Tours are offered in both French and English.

Montreal's Old Champlain Bridge was finally decommissioned in June 2019. It was the busiest bridge in Canada right up until its closure. Opened in 1962, it connected the Island of Montreal with the South Shore suburbs. In 2015, construction began on the parallel new Samuel de Champlain Bridge. The new bridge was desperately needed after the old bridge suffered years of degradation.

It's estimated that the demolition of the old bridge will take four years and cost $400 million.

The bridge is infamous for all the issues it has had over the years. Design problems and Montreal's unpredictable climate wreaked havoc on the structural integrity of the bridge.

According to The Globe and Mail, improper drainage of de-icing salt in the winter caused concrete and steel girders to degrade despite several restoration projects to maintain the bridge. The Old Champlain Bridge was a patchwork of steel reinforcements and repairs up until it was finally closed in 2019.

Though it's more-or-less safe, the bridge had to be decommissioned because the amount of traffic it carried was unsustainable.

The 3.4-kilometre-long new Champlain Bridge spans eight traffic lanes. It will eventually include the REM railway line and was built to last 125 years.

READ ALSO: This Interactive Map Of Montreal Will Tell You If You Have Lead In Your Drinking Water

For those of us who have fond memories of driving over this bridge (and the ensuing anxiety of doing so!), this historic guided tour is for you.

Tours in French happen on the following days:

For English, visitors must book on:

Tickets are $20 and seats are limited! If you've ever wanted to see the Old Champlain Bridge like you've never seen it before, this will be your only chance!

When: 10 dates in November

Re-visit a landmark of Montreal history before it's gone forever. Book your tour of the Old Champlain Bridge today!

We strongly advise that before you visit any location, you check the most recent updates on potential hazards, security, and closures.