Others have called it like "sewer gas" or "shrimp." 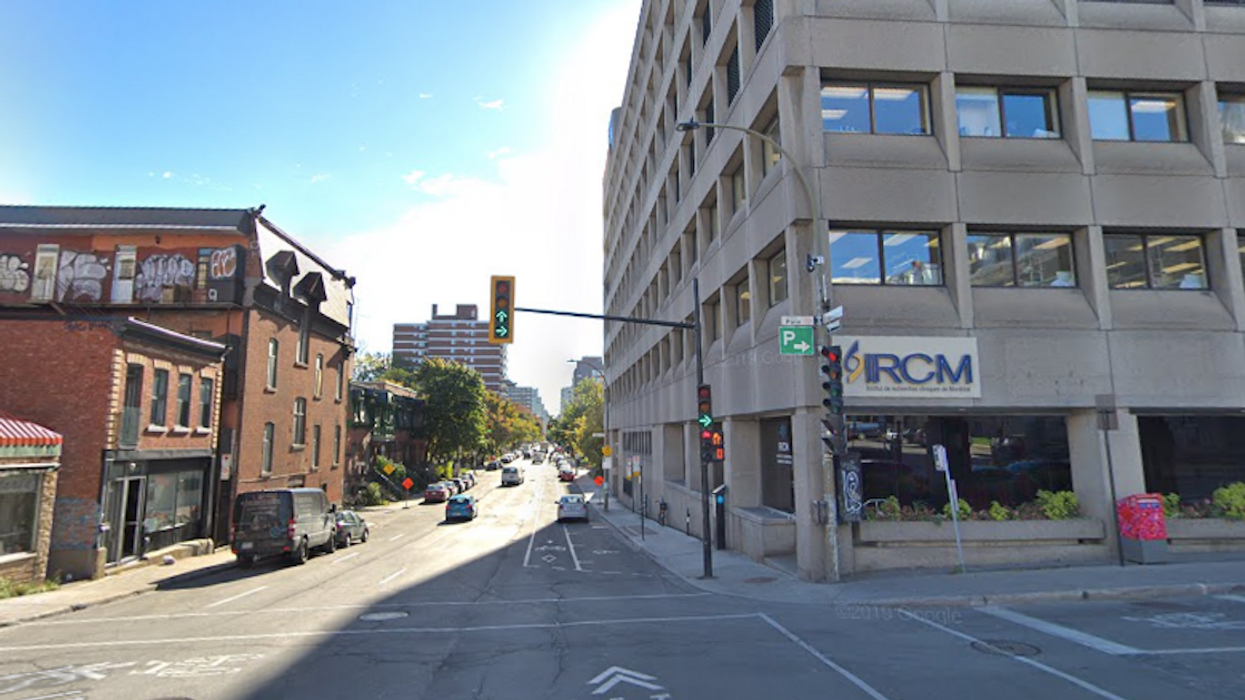 Travel southbound along rue St-Urbain, past Avenue des Pins and you might just smell something funky. For years, Montrealers have been puzzled about a distinct olfactory experience near the Institut de Recherches Cliniques de Montréal (IRCM), which some people describe as a smell like "death."

UPDATE: This article has been updated with a response frm the IRCM.

A Reddit user on the AskMTL thread asked about the smell in question a few days ago after they noticed it on a bike ride. The smell apparently "permeates the area" south beyond the intersection of St-Urbain and des Pins. It only lingers for a few metres before disappearing as quickly as it appears, they say.

A flurry of answers unearthed that this odour has been lingering there for decades, according to one respondent. Know one really knows for sure, but some claim that the IRCM lab has something to do with it.

The original post (seen below) states that a "very distinct smell" permeates an area of a few metres in front of the IRCM building. Once you pass the building, the smell dissipates.

We reached out to the IRCM. In response, they stated that, "after verification, the odour may be related to the Institute's household waste, which is stored at the entrance of the IRCM's indoor parking lot (on Saint-Urbain Street) between waste collection."

"The situation was reported to the IRCM's relevant authorities. The Institute will seek to identify and implement measures to correct these inconveniences."

But this would not explain why the smell has persisted for years.

Respondents have described the smell as "death," "sewer gas," and even "shrimp." Apparently, this olfactory assault has been ongoing for years.

Reddit users are calling on city hall to send inspectors to investigate the smell.

Stranger Things parallels aside, it's truly amazing that this smell has been there for what some say decades. Strange odours often don't come from a good place, so it's understandable that the public is concerned.

READ ALSO: We Asked Montrealers About The Strangest Things They've Ever Seen In The City

Many people seem to think that the smell is from sewer gases and road work. Summer humidity tends to exacerbate certain odours and make them unbearable, so there's always that possibility.

The IRCM is a research institute that "conducts basic and clinical biomedical research in addition to training high-level scientists."

The non-profit organization has been active since 1967. Affiliated with the Université de Montréal, McGill University, and the CHUM Hospital, the IRCM's goal is to understand the cause of diseases and find innovative solutions to cure them.

With a team of over 400 experts, students, and scientists, the IRCM is always hard at work in the "fields of cancer, immunology, neuroscience, cardiovascular and metabolic diseases, systems biology and medicinal chemistry."

Is the smell simply lab odour or sewer gas or something else?

In the meantime, stay on alert for any interdimensional portals that might open up.