All The Streets In Montreal You Should Avoid Today

It's gunna be gridlock. 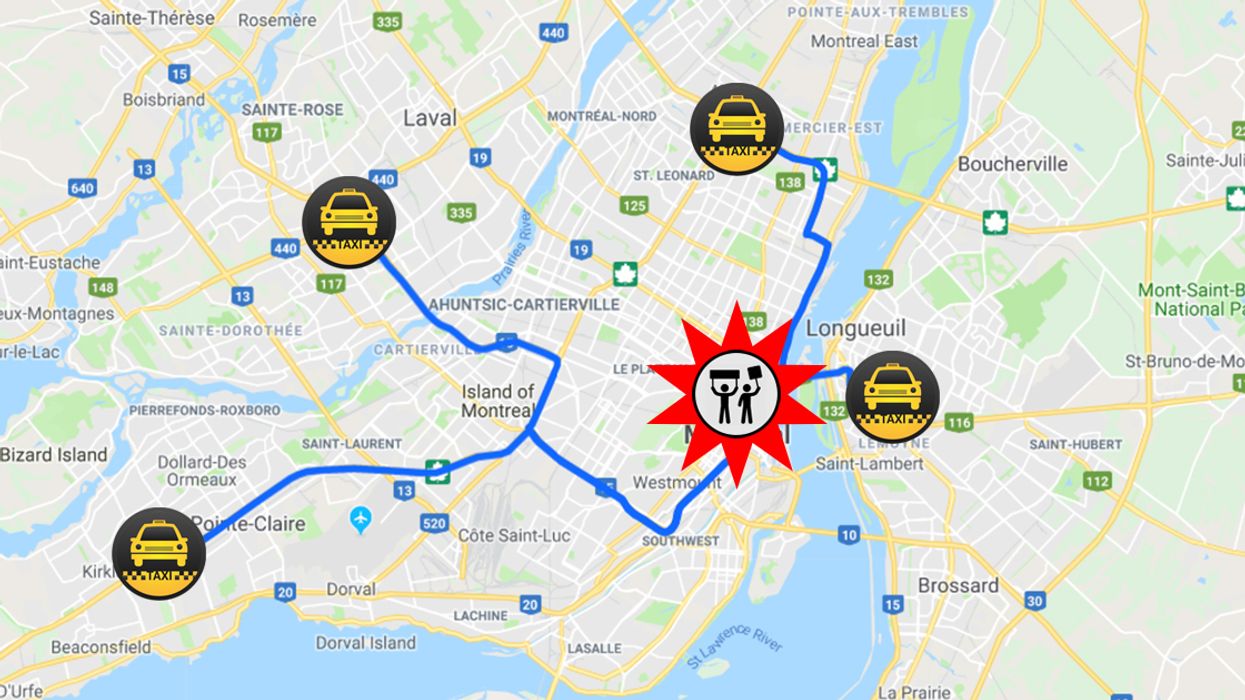 As we warned yesterday, there's a good chance getting around Montreal is going to tricky today. The weekly student climate change protest is set to happen again today, which will coincide with the next round of taxi protests.

Add to these protests the extensive closures due to the work on the Turcot Interchange and we have a recipe for gridlock, road rage and "Sorry, I'm late!" texts.

READ ALSO: Finding An Apartment This Year In Montreal Will Be Harder Than Ever

TL;DR There is going to be a serious amount of traffic in the city today thanks to taxi protests, climate change protests and the ongoing work on the Turcot Interchange. Details on protest routes and highways closures below.

The taxi protests are scheduled to begin around 8:30 this morning, with drivers congregating in four major areas before slowly heading into downtown Montreal.

Those four areas are:

As you can see, they've chosen areas north, south, east and west of the city, meaning they will likely be blocking major arteries into the city this morning.

They will inevitably convene around the offices of the Transport Minister on boulevard René-Lévesque.

According to CJAD, the directions in particular that are closed include:

Highway 15 South between Decarie and the Highway 20 East entrance

Route 136 West until the Highway 15 entrance

Transport Quebec is suggesting commuters take trains into the city this weekend while work is being done. These closures are planned to continue until Monday at 5 A.M.

The student protests are scheduled to start around 1 PM at the Maison du développment durable which is located at 50 Saint-Catherine St W.

Previously they had travelled along Rachel from the monument of George Etienne, blocking much of ave du Parc, however, this poster does not indicate what route they plan to travel today.

So there you have it, Montreal! That's the extent of our knowledge about the mess we can expect traffic-wise in the city today.